England were runaway 43-12 winners over New Zealand as the top two sides in the world faced off in front of a packed Sandy Park.

In their 100th Test and first international match in two years, the Black Ferns struggled at the set-piece with Abbie Ward the star of the show, crossing twice before Ellie Kildunne ended the first half in style to move England 17 points ahead.

Two debutants were on the scoresheet in the second half either side of a Lark Davies try as Alana Bremner fought back for the world champions before Holly Aitchison ran 25 metres for her first try, with England going on to secur their biggest-ever win over New Zealand following a couple of further scores.

2021 Women’s Six Nations champions England were on the attack early, using the maul to put pressure on the New Zealand forwards, however, a wayward lineout throw allowed the Black Ferns to reset.

Zoe Harrison then found clear space in the opposition half and stifled Kendra Cocksedge as she looked to chase down her own kick, with England eventually winning the put-in at a lineout.

Women’s Six Nations Player of the Championship Poppy Cleall identified the narrow New Zealand defence and sent the ball out wide, setting Abby Dow on her way for a break down the left.

Dow was able to offload to Ward from the floor who went over for the first points of the day with 12 minutes gone as Harrison missed the conversion in blustery conditions. 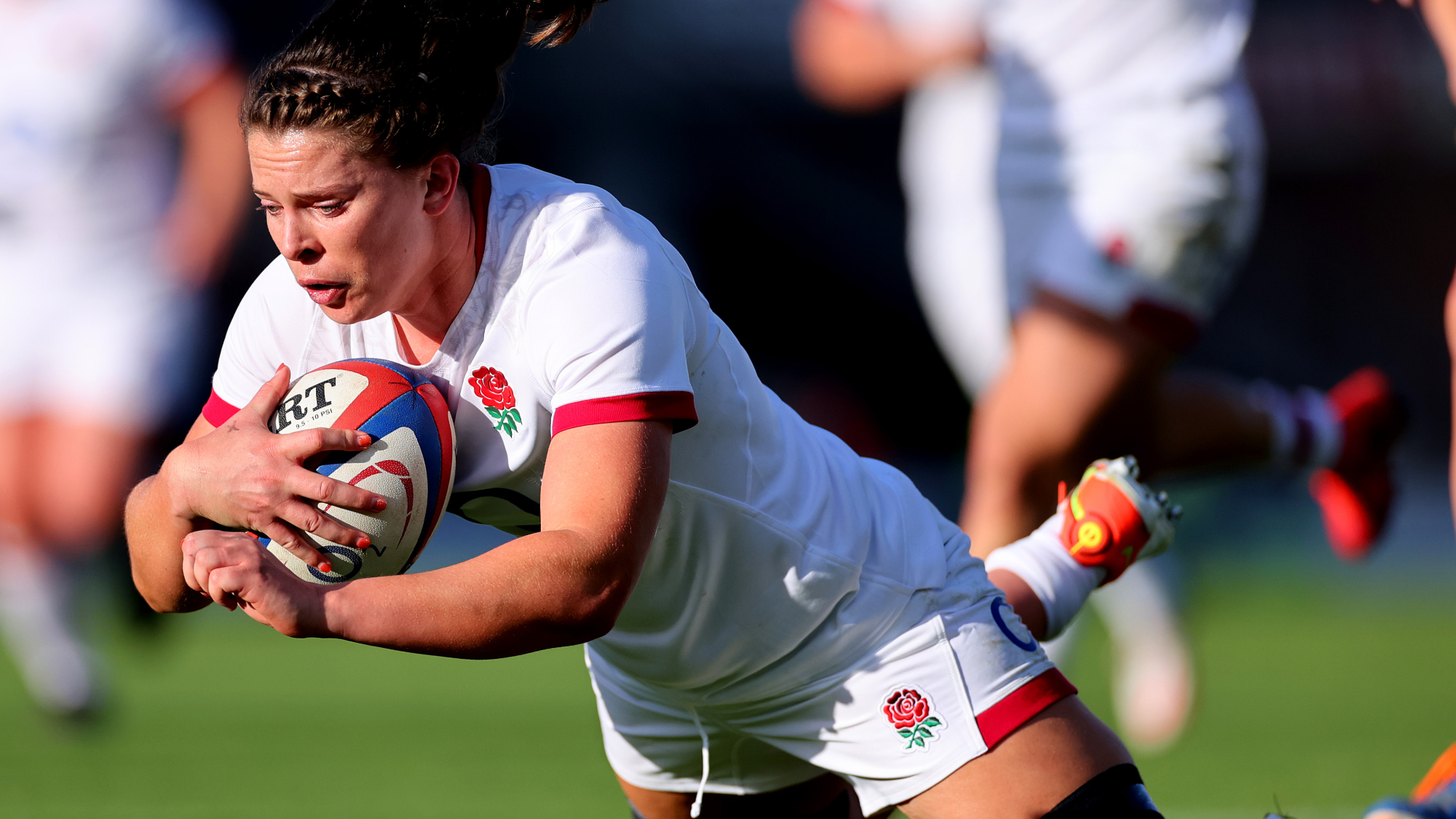 It was on the left wing that England got their second, as Kildunne was quickly shut down but Ward was there again with a pick and go as Harrison got the conversion to move into a 12-0 lead.

Lock Ward was in action again, this time to steal a New Zealand lineout, one of four the Red Roses managed back-to-back, as they aimed to ram home their advantage, but it was the visitors who came closest to the try line.

Ayesha Leti-I’iga broke from the scrum, running the width of the pitch before the attack was halted by a superb turnover by Marlie Packer.

New Zealand were quick to respond in the second half, Chelsie Alley fantastically chipping the ball to Alana Bremner who put the Black Ferns on the board as Cocksedge got the conversion.

Bremner then went from hero to zero as she was shown a yellow card for failing to release with England right on the try line.

The Black Ferns again held on as Lagi Tuima and Kildunne looked to restore England’s advantage but it fell to hooker Lark Davies to get the job done, going over from a rolling maul as Harrison got the conversion.

What a way to mark your debut 🙌

England then stretched their lead as Aitchison found the gap and punished New Zealand by running in from 25m for a debut try.

Dow went one better, breaking from the halfway line to move the game out of sight of a battling Black Ferns side as Harrison added the conversion.

Olympic champion Stacey Fluhler got New Zealand a consolation try with six minutes to go dotting down in the corner but England would have the last laugh, player of the match Harrison set up perfectly by Helena Rowland with Harrison nailing the conversion.