Italy women had one major objective heading into 2021 and it was job done as they secured a place at next year’s World Cup.

Along the way they continued to build with some promising showings in the Women’s Six Nations and gave themselves a platform from which to build in 2022.

So as the year draws to a close, it is time to look back on what has happened to the Azzurre this year.

The opening game of the Women’s Six Nations was always going to be a daunting one as defending champions England came to Parma fresh from putting up a half-century against Scotland.

With limited preparation, Italy performed admirably in the first half, holding England scoreless for the first 20 minutes before tries from Emily Scarratt and Vicky Fleetwood allowed the visitors to go in with a 17-3 half-time lead. The second half was rather more one-sided, with Abby Dow scoring two of England’s seven tries to run out 67-3 winners.

Italy bounced back strongly a week later away to Scotland, recording a 41-20 victory to secure second spot in Pool A. 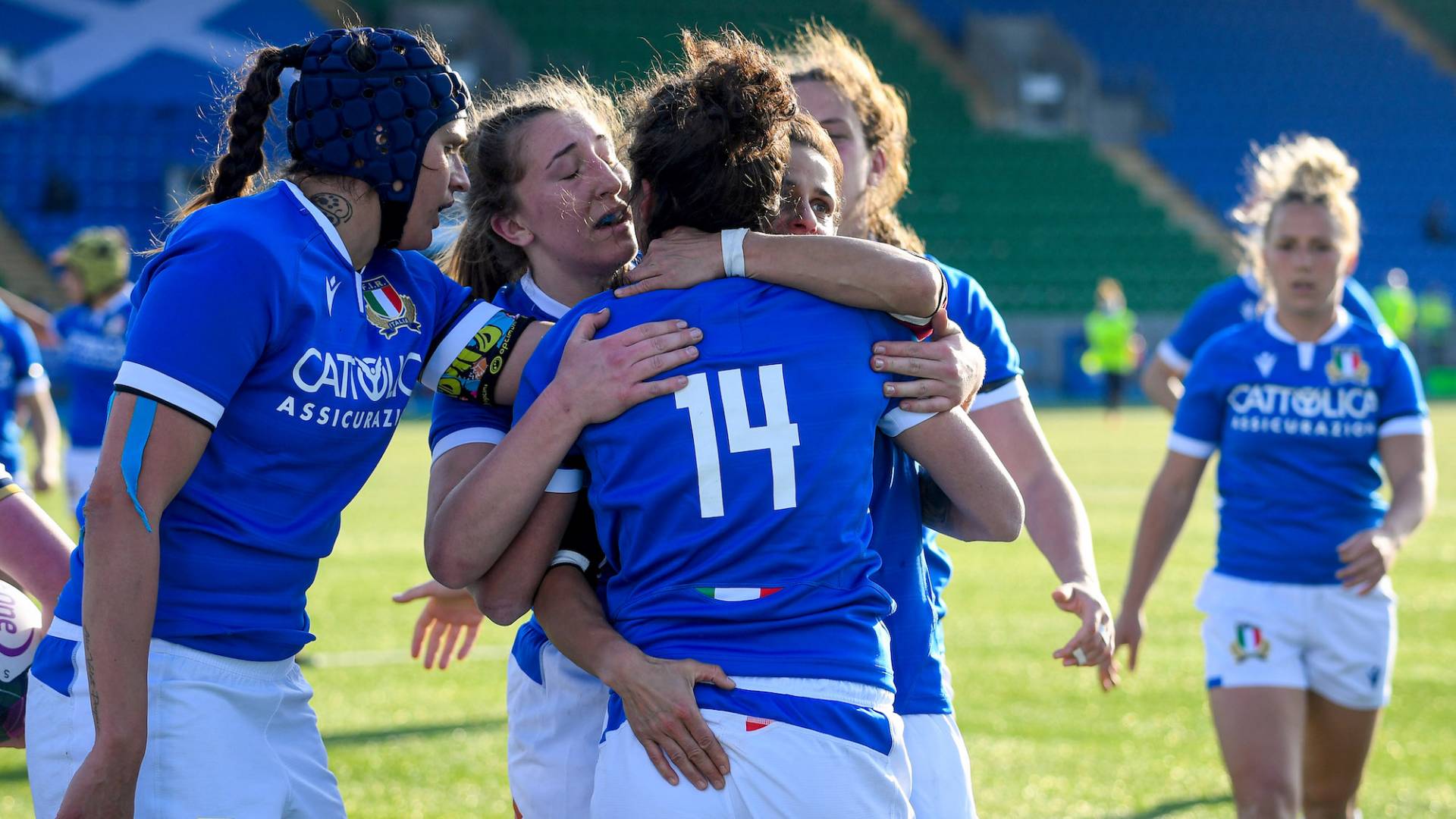 Manuela Furlan was the star of the show, the Italy skipper notching a hat-trick, while centre Beatrice Rigoni had got the ball rolling with an early try, adding a second after the break.

Ilaria Arrighetti and Vittoria Ostuni Minuzzi also crossed for the Azzurre as they set up a play-off clash with Ireland.

That trip to Dublin proved a fruitless one, Italy unable to make the most of some first-half chances as they slipped to a 25-5 loss with their one try coming from hooker Melissa Bettoni in the second half.

Later in the year came the World Cup qualifier, a huge target for the Azzurre, four years after finishing ninth at the 2017 tournament in Ireland.

This time around, Italy were hosting the qualifier, with Ireland, Scotland and Spain all vying for one qualifying spot, with a place in the repechage tournament for whoever finished second in the round-robin competition.

The Azzurre made the perfect start with a 38-13 win over Scotland, Furlan again saving her best for the Scots as she ran in two tries.

The bonus point was in the bag by half-time, Giada Franco, Sara Barattin, Arrighetti and Furlan all crossing. And Italy added two more after the break, Furlan’s second and a score for Michela Sillari to seal a comprehensive success.

With Ireland losing to Spain, it meant they were in must-win mode in the second match, and Italy were undone by tries from wingers Beibhinn Parsons and Amee-Leigh Murphy-Crowe in a 15-7 defeat. Rigoni’s converted score proved in vain.

That left Italy’s fate in Ireland’s hands, but the Azzurre did what they needed in their final game by beating Spain 34-10. Lucia Gai and Sillari gave Italy a comfortable 15-0 lead in that one, and despite a Spanish fightback after the break, scores from Giordana Duca, Veronica Madia and a penalty try wrapped up the win. 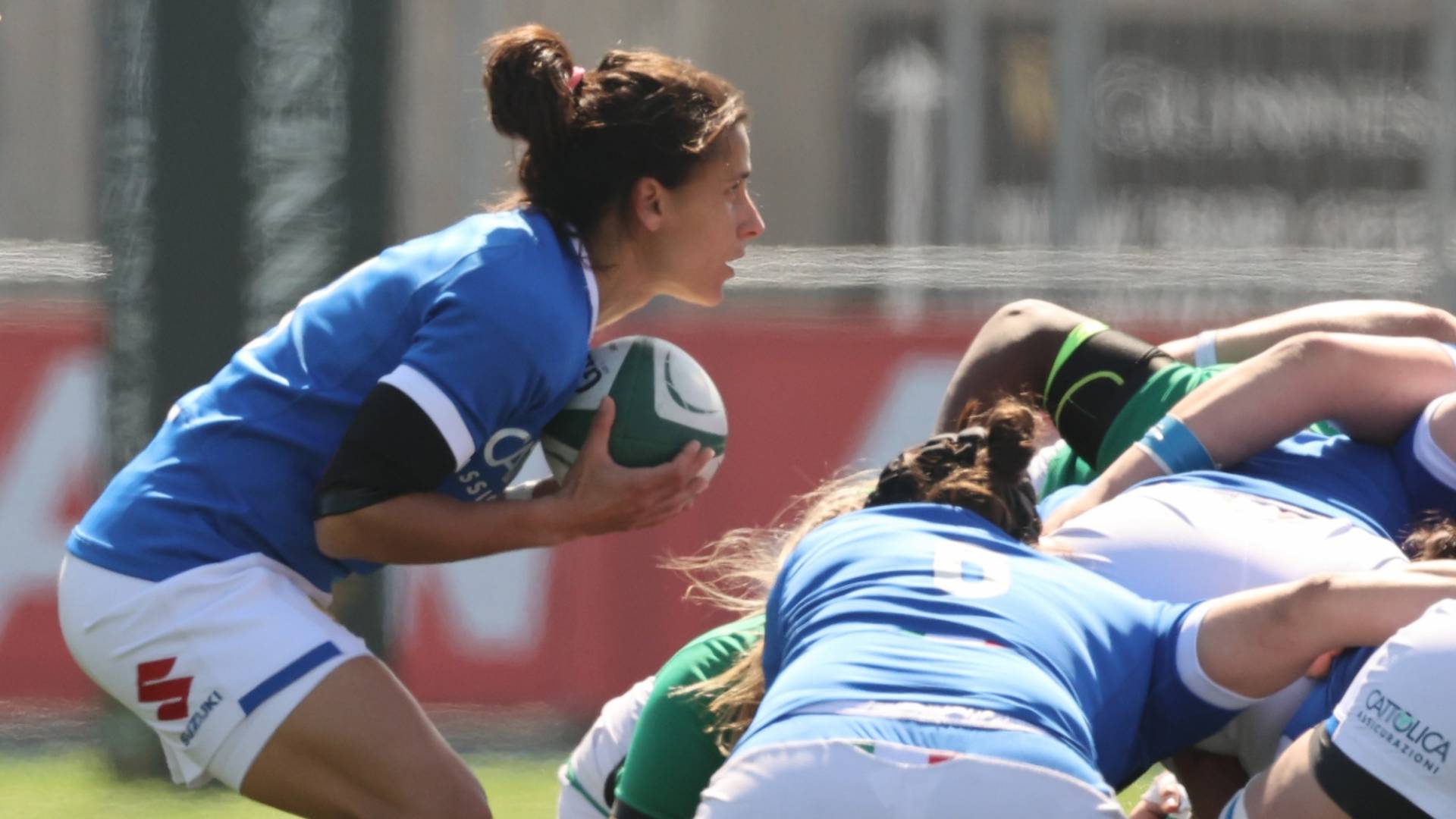 Victory guaranteed a top two finish in the qualifier, but Italy needed Scotland to deny Ireland a bonus-point win to clinch a spot in the World Cup.

The Scots went one better, earning a dramatic 20-18 win to secure their own place in the repechage, and in doing so, book Italy’s ticket for New Zealand in November 2022.

With qualification in the bag, the aim now for Italy is to build on their 2021 achievements with an opening Women’s Six Nations clash away to France first up in the New Year.