2021 was a busy year of both highs and lows for Scotland.

A hit-and-miss Women’s Six Nations campaign was followed by the European Qualifiers for the 2022 Rugby World Cup and a successful Autumn campaign in November.

Scotland finished bottom of their group in the new-look Championship format after defeats to England and Italy but concluded their campaign with a win over Wales to finish fifth.

Almost five months separated that victory over Wales and the RWC 2021 Europe Qualifiers, in which Scotland lost to Italy before beating Spain and Ireland back-to-back.

Those wins saw Scotland finish second as they secured a place in the Rugby World Cup repechage tournament in 2022 for the final place in New Zealand.

And they rounded out their year with an impressive 36-12 win over Japan in the Autumn, giving head coach Bryan Easson reason to feel optimistic heading into the new year.

It was far from the ideal start to proceedings for Scotland as they suffered a bit of a disappointing 52-10 defeat at Castle Park against eventual champions England.

Following that up with another defeat at Scotstoun was not the way they would have wanted to recover but the Italians were too strong for them and managed a 41-10 win in Glasgow.

Those defeats saw Scotland finish bottom of Pool A in the revamped Championship format, resulting in a play-off against Wales to decide who would finish fifth.

Scotland came flying out of the blocks at Scotstoun, with winger Megan Gaffney scoring after just five minutes as Scotland raced into a 17-6 half-time lead.

Wales applied the pressure, but flanker Evie Gallagher scored 15 minutes into the second half to extend the lead, and despite a last-minute Wales try from Caitlin Lewis, Scotland held on for a 27-22 win to end the Championship on a high.

Scotland faced Italy first up in the Europe Qualifiers in September, knowing that winning the mini-tournament would guarantee them a place on the plan to New Zealand in 2022.

Once again however, the Italians were too strong, and defeated the Scots 38-13 at the Stadio Sergio Lanfranchi, leaving Scotland will an uphill task to qualify for the World Cup.

Yet all was not lost as as a econd-place finish in the round-robin tournament would see them fight another day for World Cup qualification, with a repechage tournament in 2022. 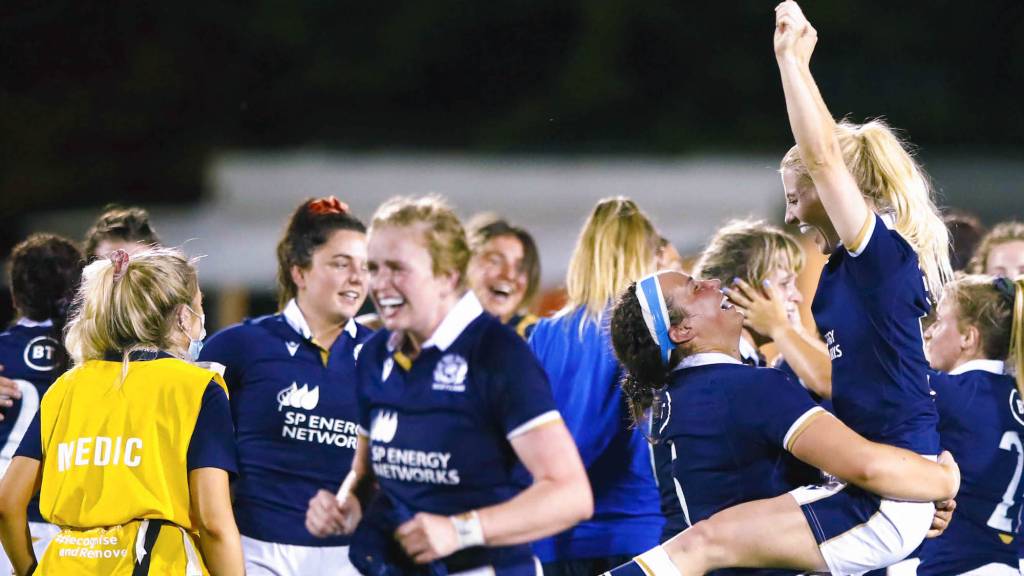 That motivation of the repechage place was enough for Scotland to earn a 27-22 win over Spain in a hard-fought contest at the Stadio Sergio Lanfranchi.

It was then down to a straight shoot-out between Scotland and Ireland for second place, knowing victory would be enough to see them compete in that repechage tournament.

Despite leading at half-time and then scoring through Lana Skeldon to lead 13-5 shortly after the break, Ireland recovered to lead 18-13 through a Lindsay Peat try and two Stacey Flood penalties.

In the dying seconds however, Scotland found their way over the whitewash, with Chloe Rollie running in an important try to put the Scots level, with a conversion for Sarah Law to come.

Law’s coolness in front of the posts saw Scotland claim a memorable triumph and more importantly a place in the repechage tournament to keep their RWC dream alive.

Following three important fixtures in September, there would be just one Autumn International at the Dam Health Stadium for Easson’s side to finish off the year.

Japan visited Edinburgh, in front of a raucous Scottish crowd, who were watching their side for the first time this year due to the pandemic.

Scotland did not disappoint their loyal home crowd, as they put on a show against a resilient Japan side, with Rhona Lloyd and Lana Skeldon scoring tries in the first half. 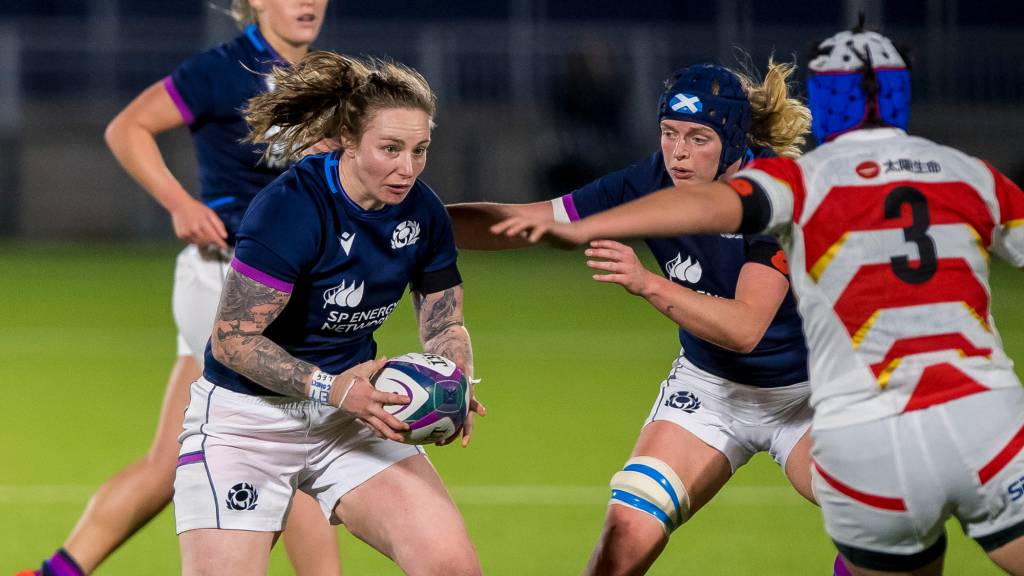 Japan recovered to take an unlikely 12-10 lead into the break despite being down to 14 players due to a red card to Yuna Sato for an act of foul after 20 minutes.

But Scotland scored four more second-half tries, with Gaffney and Rollie both crossing before Lisa Thomson scored Scotland’s fifth and Lloyd put the icing on the cake with their sixth late on.

It was the perfect way to end the year and prepare for an important 2022.