Jess Breach scored on her return to action as a second-half blitz from Harlequins saw the defending Premier 15s champions defeat Wasps in this year’s Big Game 13.

The England international had spent five months on the sidelines with an ankle injury earlier in 2021 before breaking her back in training just two matches after returning.

But following a remarkable recovery after a month of intense rehab, the 24-year-old announced her comeback in style as she helped Quins beat Wasps in the first Premier 15s to be held at Twickenham Stadium.

There was nothing to choose between the two sides for much of the first half until Breach scored the opening try of the contest just three minutes before half-time.

Fellow Red Roses international Ellie Kildunne skipped past two defenders before offloading to Breach, who went over in the corner for the history-making try, as Lagi Tuima converted to make it 7-0. 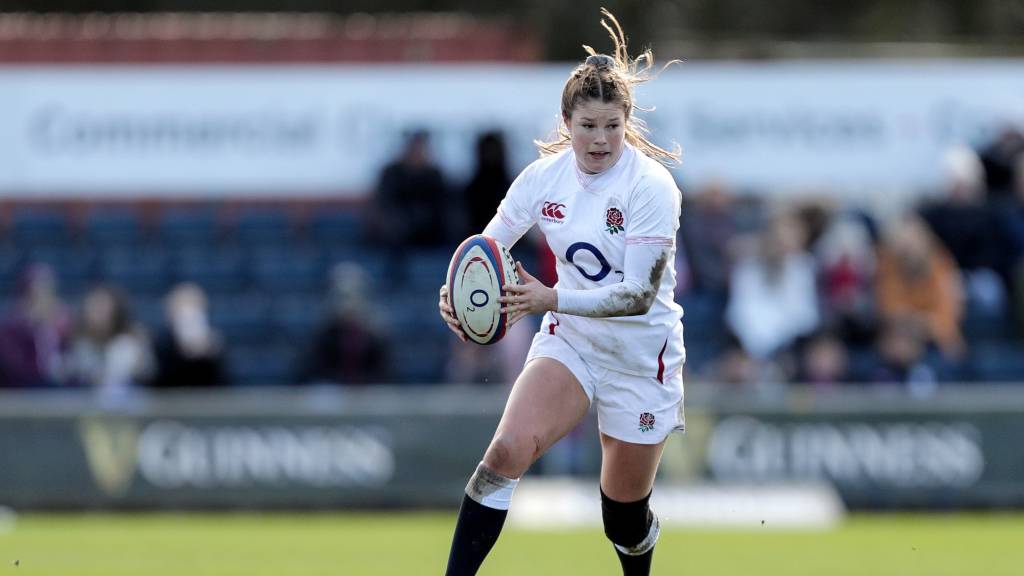 Wasps responded on the cusp of half-time through Ellie Boatman to cut the gap to two points in the first part of the Big Game double header featuring the women’s and men’s Quins team.

But Harlequins pulled away after the restart, with Kildunne beating three more defenders before running 40m to score her side’s second try and extend their lead to 12-5.

Heather Cowell dotted down another try for the hosts on 47 minutes, with Tuima converting to make it 19-5, before Scotland international Jade Konkel bagged the bonus-point score.

A red card in the 76th minute made Wasps’ task even harder and Quins soon punished them again, with Fi Fletcher powering over to seal a 29-5 victory for the reigning champions.

The result sees Harlequins move up to second in the Premier 15s standings behind Bristol Bears going into the new year, much to the delight of captain Rachael Burford.

“We had a couple of words at half-time, we really wanted to come out here and put on a good display. We have a really talented squad,” said World Cup-winner Burford.

“So for us to come out and really inject that in the second half, we really increased the effort. Wasps have always been a tough side for us so to put that many points on them is a real credit to us.

More than 9,000 spectators watched our win over Wasps which is a world record for a competitive women’s club match.#COYQ pic.twitter.com/WDoRMDUmMu

“The league is so tough now, you’ve got to make sure you’re playing really well each week and taking opportunities when they come because every team is so good.

“You’ve got to be the best on the day and you saw that in the first half. It could have gone either way so I’m really pleased we managed to pull that back in the second half.

“We’re in a really good place. That was our plan going into the new year. We had a couple of losses early on and we bounced back from that so we’re really pleased.

“But there is still so much for us to do, we’ve got plenty of work to do. It’s a long season and there’s still a lot of rugby to be played yet, so we’ll take it one game at a time.

“It’s incredible [playing at Twickenham]. Very few get to play here so to have the opportunity to play here just before the men, real club spirit, it’s amazing and the girls loved it.”