England head coach Simon Middleton hailed the tremendous competition for places he has in his squad ahead of the 2022 TikTok Women’s Six Nations.

The 40-player training squad is headlined by 2019 World Player of the Year Emily Scarratt, who returns from a broken leg, while there is also a recall for scrum-half Natasha Hunt.

There are places too for uncapped trio May Campbell, Emma Sing, and Ella Wyrwas while forwards Bryony Cleall and Vicky Fleetwood return from injury.

Middleton said: “We have a tremendous amount of competition in the squad both in terms of the established players and especially in terms of the younger players now coming through, which is great.

“We’ve got some great young players coming through including the likes of Maud Muir and Sadia Kabeya. We also have Lucy Packer, who I think has been absolutely outstanding in the Allianz Premier 15s. We can’t wait to see how they continue with their development.

“This is our last competitive tournament before we go into the World Cup so it’s an opportunity for players to put their best foot forward.

“We’ve got a summer’s preparation to go but ultimately how people perform on the biggest stages is critical to us.

“We’re really excited and can’t wait to get started.” 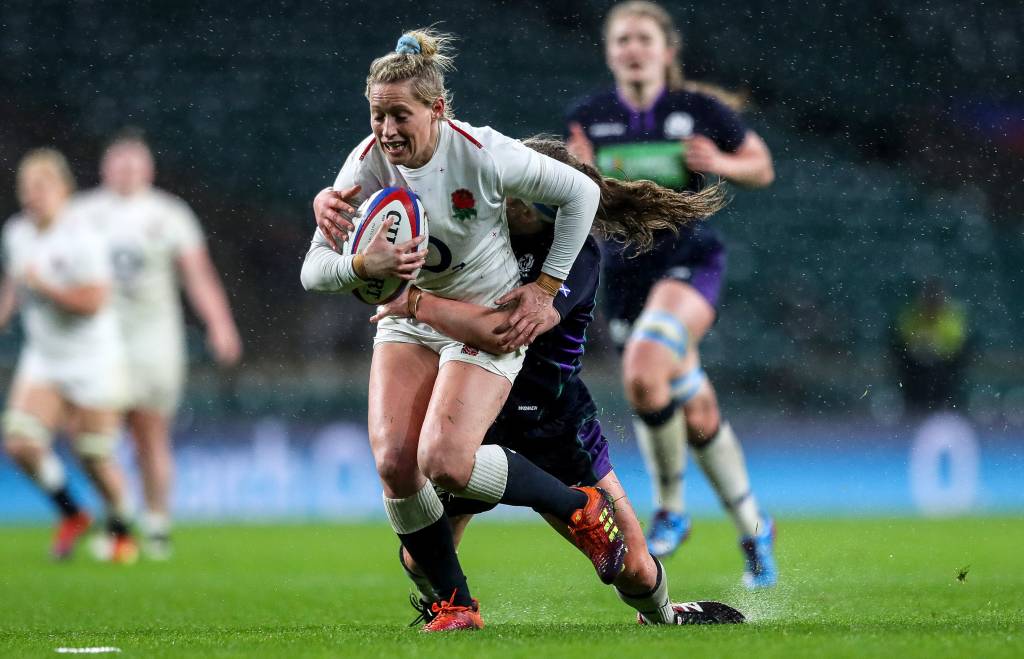 The Red Roses will meet at St George’s Park for the first of two training camps ahead of the Championship, which sees the reigning champions begin their title defence against Scotland on Saturday 26 March.

England then take on Italy before a first home game against Wales on 9 April at Gloucester Rugby’s Kingsholm and then host Ireland at Welford Road on 24 April.

“Hopefully we can build on the momentum of the autumn internationals in terms of the crowds and delivering a game that gets the fans excited. We see that as an integral part of our duty, not just to win but to entertain too. We’ll be looking to do that.”

England’s final game on ‘Super Saturday’ sees them travel to France for what is set to be another enthralling encounter with Les Bleues on 30 April, KO 2.15pm at Stade Jean Dauger, Bayonne.