Six Nations Rugby has today announced the launch of a new age grade pathway for women rugby players, through the introduction of an Under-18 Women’s rugby festival, that will run alongside the existing men’s event.

The launch of the Six Nations age grade pathway through the introduction of the Under-18 Women’s festival is a crucial step in strengthening the foundations and conduit for the future generations and stars of the women’s game, and a key step towards further development driven competitions such as an Under-20 Women’s competition.

For those young women, representing their country is a moment to celebrate and an opportunity to play a part in the collective development of their area of the sport.

“This is a great development for our sport, and in particular the Women’s game.”, comments Julie Patterson, Director of Rugby, Six Nations.

“Six Nations Rugby and its unions and federations are committed and excited to put foundations in place, that can lead to the sustainable growth of our Women’s competitions, for the good of the game.

“We are at a watershed moment for Women’s rugby, a huge year for this area of the game, with all eyes on the Rugby World Cup, in New Zealand later this year, and the introduction of a Women’s Under-18 platform highlights the collective ambition to realise this incredible opportunity to motivate growth in the game.”

“It is hugely exciting to think, that we could see stars of the future emerge at the Under-18 level that go on to represent the unions and federations at the elite international level in years to come.”

The details of the festivals are as follows (a full schedule will be issued in due course): 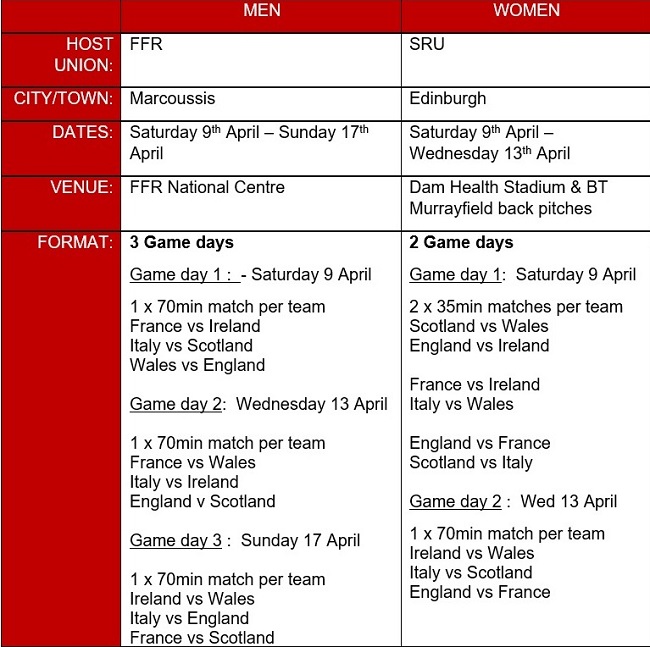