England head coach Simon Middleton believes the 2022 TikTok Women’s Six Nations could be the most competitive he has seen.

England get their campaign underway against Scotland at the DAM Health Stadium, with the hosts having recently qualified for the Women’s Rugby World Cup in a 59-3 win against Colombia.

After winning Grand Slams in 2019 and 2020 and a unique edition of Rugby’s Greatest Champion in 2021, Middleton‘s side are comfortable favourites to take the title this time around.

However, with Wales announcing their first full-time professional contracts, France being in as good a place as they have been for decades, and Ireland taking the first steps towards restructuring the women’s game, Middleton expects an increasingly competitive Championship. 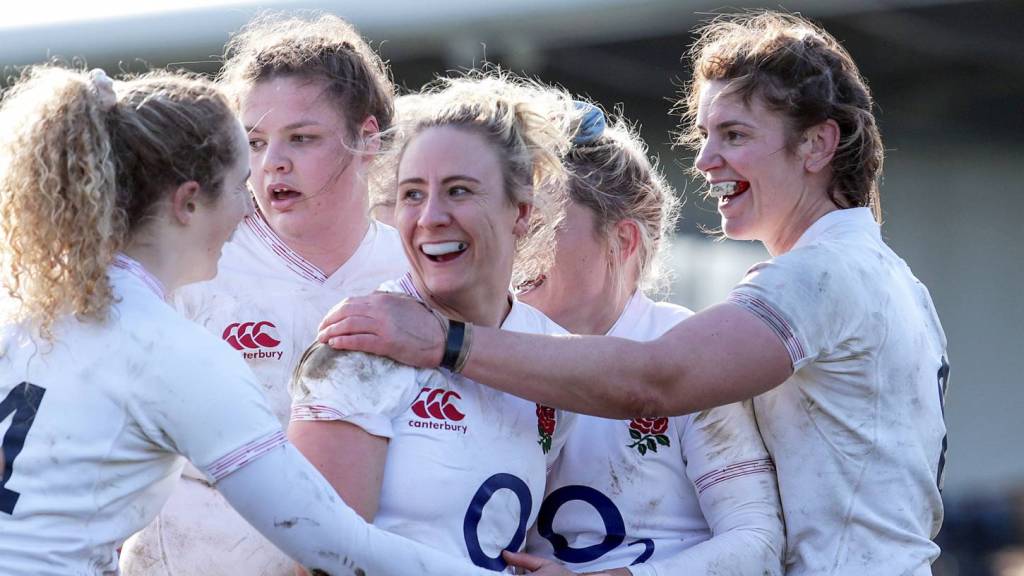 He said: “It should be the most competitive yet.

“There are many reasons why, and everything points towards it being a great contest this year.

“Not just the games that include England or France, there are going to be some absolutely cracking games between Ireland, Wales, Italy and Scotland too.

“Scotland in Scotland is always a tough fixture. We play very well when we play Scotland, and the last couple of Six Nations’ we’ve put in performances that haven’t reflected how well Scotland have played.

“That’s because we’ve been on the front foot in the contest because we’re massively respectful of how tough it can be when you are not on your game.

“And I think that is going to be true of every game we play.”

When are the 2022 TikTok Women’s Six Nations Round 1 squad announcements?

Italy enter the 2022 TikTok Women’s Six Nations eighth in the World Rugby rankings, having peaked at sixth in 2019.

And with change aplenty amongst the competitors for this year’s title, Middleton is pleased to see increased competitiveness amongst his squad.

He said: “Without a shadow of a doubt, this is the most competitive squad I have had to manage.

“It is an unbelievable squad of players.

“At this moment in time, we are picking two sides to go against each other in training.

“We were looking at the sides we picked, and we were like either one of these sides could go and play Scotland, and it would be a great fixture.

“So we have got great strength in depth with a lot of players to come back. We have got some great young talent, but it is massively underpinned by senior players who are not going to give their shirts up and who are setting the standards in training.

“For us, that is absolutely brilliant. That is why Sarah (Hunter) is still the captain and is being picked for England.”