France second row Madoussou Fall won the TikTok Women’s Six Nations player of the match for her incredible performance in France’s 39-6 win over Italy at the Stade des Alpes in Grenoble.

Fall, 24, scored the first of five French tries after 17 minutes with a powerful carry, and she was a menace with ball in hand all game, marking her return to the France jersey with 32 metres from five carries.

It was in defence though that Fall really caught the eye, making 15 tackles, more than any other player on the pitch, as Les Bleues prevented Italy from scoring a single point in the second half.

After being injured against South Africa in the autumn, Fall was even more desperate to make her mark in France’s Championship opener.

She said: “I have waited a long time for this, during the autumn, I got injured, I didn’t play in the last two matches.

“So I couldn’t wait to get out there and impose myself from the start.

“It’s always good to start strongly, and sometimes you have matches like today, where you are asked questions and you have to work harder and you can’t rest on your laurels. 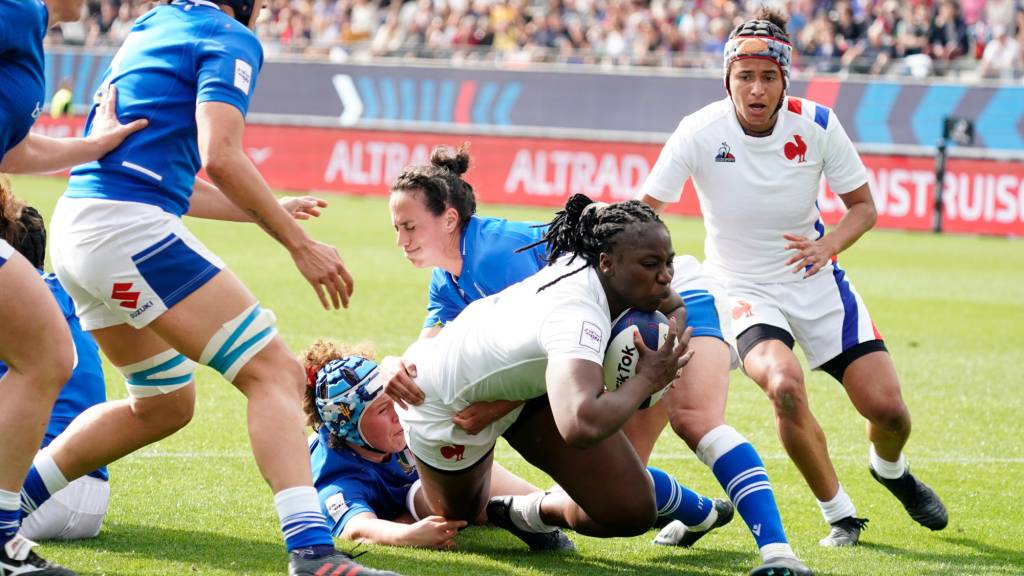 “It was a bit frustrating at times, in the second half it was a bit better, but we were made to work hard.”

Despite earning a bonus-point victory, Fall was most pleased with the French defence, which, despite Italy’s best efforts, would not budge and led by Fall ensured that France ended up on top, inspired by the vocal French crowd of 13,500.

“I think our defence won us this game, in attack we made a lot of handling errors and there were a lot of dropped balls, but in defence we were able to stay on top, it was a great defensive effort, but now we must work on our attack!

“We’ll stick with the win now and we’ll work hard in Marcoussis and look at the videos and see what didn’t work for us today.

“The crowd today were amazing, when they sing La Marseillaise or chant, it really lifts us, we’ve really missed them.”

Share this article:
Previous Story No panic from Wales after stunning comeback in Dublin
Next Story Best of social: Round One