England prop Vickii Cornborough knows that there is more to come from England despite a good start to their 2022 TikTok Women’s Six Nations Championship.

Simon Middleton’s side beat rivals Scotland 57-5 in Edinburgh, running in nine tries as they got the defence of their title up and running in style.

However, stalwart Cornborough insisted that there is still plenty of room for improvement ahead of the Red Roses’ trip to Italy in Round 2 as they strive for the ‘perfect’ game.

She said: “Looking at our performance from our game against Scotland, there were a couple of bits that we didn’t get right.

“But you look at the scoreline, you look at the amount of tries that we scored, and just the sheer range of different ways we managed to score there is a really, really positive start to the competition.

“We’ve got such a high calibre of players and we’ve got really, really high standards that we set for ourselves so I think it’s really good that we’ve started off the competition going ‘we can be so much better’.

“We feel like we’re in about third gear at the moment so we’re really looking to ramp up the game for this weekend against Italy.”

England travel to Parma to face an Italy side beaten 39-6 by France in Round 1, but there were positives too and Cornborough is taking nothing for granted. 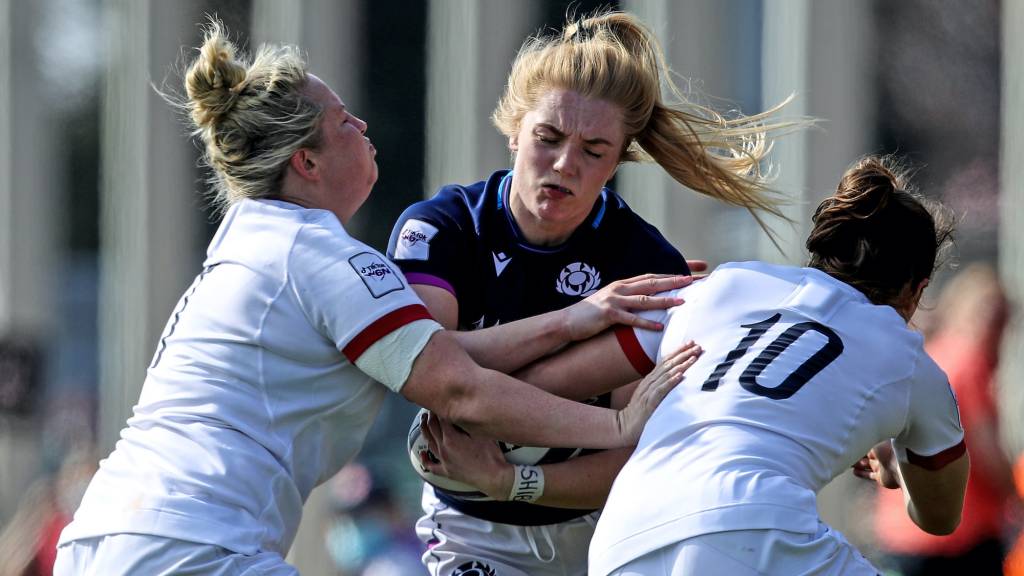 “Looking at what we can improve on from Scotland, so tidying up a bit of our handling, making sure that our shape is right, getting our kicking game running really well and making sure that we’re kind of pressurising the opposition in all areas of the pitch both in attack and defence.

“It’s really interesting to see their [Italy’s] style of play coming through and it really rattled France as well so looking forward to this weekend, I think we’re going to have a massive challenge on our hands to make sure that we expect the unexpected, handle that, but also exploit those opportunities when they do get a little bit loose.”

Cornborough started on the bench in Edinburgh with 20-year-old Maud Muir taking the number one shirt, but the 65-cap Harlequins forward is enjoying her role as a senior member of the squad while also relishing the chance to get back on the pitch playing.

“I’ve been in the squad for a number of years now and it’s very privileged position to look back at my career so far with 65 caps and that definitely brings a lot of experience,” said Cornborough.

“I’ve found myself over the last few seasons with new players coming into the squad and with the likes of Sarah Bern that have come into the front row from different positions as well, I found myself in that leadership role quite early on.

“I’m a prop through and through, have been my whole career and you age like a fine wine when you’re a prop, you get better as the time goes on so looking at Maud coming into the squad it’s been really good to give her the confidence on and off the pitch, especially around scrum time.

“I’ve really been enjoying that leadership role off pitch as well as on pitch as well, definitely keen to get back into the front row again.

“Regardless of who you’re coming on for, that when you’re on the pitch and you have that time to be able to do a job.

“It was very exciting for me to be able to get onto the pitch, I don’t really like sitting on the side lines watching I’d much rather be on the pitch playing.”

Share this article:
Previous Story TikTok Women’s Six Nations Fantasy Team of the Week Round 1
Next Story Six must-have backs for your Fantasy Rugby team in Round 2