Wales hooker Kelsey Jones is enjoying her rugby more than ever before in the 2022 TikTok Women’s Six Nations, insisting she has no qualms about whether she starts or comes off the bench.

Jones was out of action for three months after having neck surgery to replace a disc, missing her country’s autumn internationals before returning for this year’s Championship.

The 24-year-old has deputised for Carys Phillips in the front row, coming off the bench as a replacement in all four games so far and scoring tries against Scotland and England.

But she will make her first start against Ireland in the final match of the Championship.

And Jones admitted she feels fortunate just to be back out on the field again following her injury, stressing that the whole squad have a part to play in Wales’ campaign.

“Honestly I’ve absolutely loved it,” said Jones. “I don’t know what’s different about this time but this is probably the most I’ve enjoyed playing rugby at international level.

“It might have something to do with coming back from the injury but I’m feeling so good, the team environment is absolutely amazing, the management we have in place. 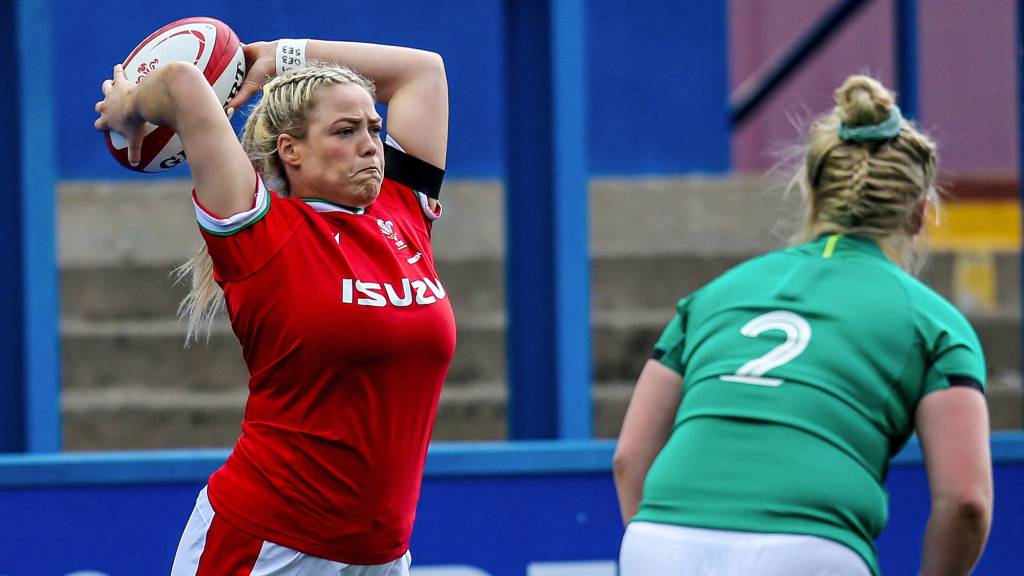 “Everything is slotting into place slowly and it’s such a good vibe. I’m loving every minute of it. I had to have a disc replacement in my neck which left a lovely scar on the front of my neck.

“Honestly, I feel very lucky to have been able to have had such great support from the WRU, they sorted my surgery out straight away and it was just a case of recovering and relaxing.

“The tries are just a bonus on top of being able to put that jersey on and wear the three feathers on your chest, every girl’s dream now when they are growing up is to be in that Welsh shirt.

“To be able to live it, experience that and get across the white line, I have no words for it. I’m so honoured and it’s such an exciting year ahead – I really can’t ask for more.”

‘It’s the start of an exciting journey but we are not finished yet’, says Six Nations CEO Ben Morel

Playing their first Championship since professional and semi-pro contracts were awarded by the WRU at the start of the year, Wales opened their campaign with back-to-back wins over Ireland and Scotland.

Although defeats to England and France followed, Jones believes the strength in depth in the Welsh squad is clear for all to see and said she has relished her role off the bench in the last four games.

“What we’ve really worked on in the squad is that it’s not just about the XV,” she continued.

“It’s not just about the 23 either, it’s a whole squad effort and the preparations we put in week-to-week whatever our role is, we’ve got to do that 100%.

“Coming back from the injury that I had, I feel very fortunate to be named in the squad, to be playing weekly and what an opportunity, regardless of my role. 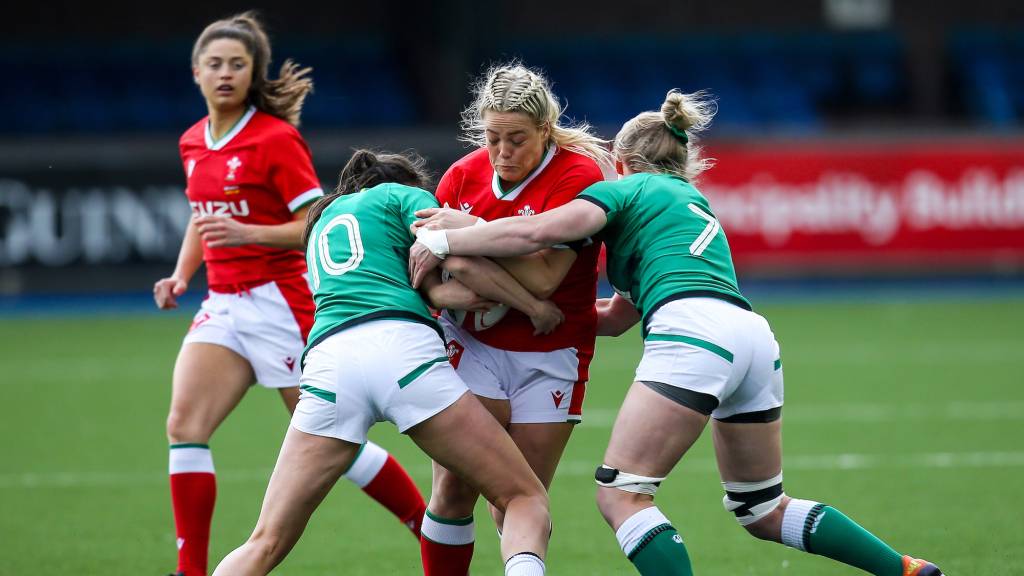 “We just make sure we work 100% and I love being able to be that impact player and it gives me confidence to come off the bench and take it to another level.

“It’s just really, really exciting and we have such depth in the squad now and it gives coaches headaches but what a great position to be in with such a big year ahead of us.”

Wales go into their Super Saturday clash with Italy in third place, knowing victory will secure their best finish since 2009, and Jones is determined to finish the Championship on a high.

“The vibe is there and I think what’s been so exciting is that if you look at the first two games, we may have got off to a slow start but we finished so strong,” she added.

“That comes from the 23, the 25 just pushing us week-in, week-out. It was a tough encounter against England and again against France but those are the teams we want to compete against.

“We need to keep pushing ourselves as I think from the first two games where we started slow and finished strong, it kind of flipped against England as we were strong in the first half.

“We went in 19-0, there was a strong start there but we couldn’t keep up with them physically and they like to play quick. I don’t think we stuck to our game plan as much as we have.

“And then against France, we knew they were going to be a challenge but in that first half we didn’t front up physically and we’ve had some good, honest conversations this week.

“We needed to have those and what’s exciting is we have this last opportunity to put things right and you could see the elements of our performance within each game.

“Now we’re focusing on finishing the Championship on a high against Italy and putting all those performances into this last one and really going for it really.”