When Emily Scarratt hoofed the ball into the stands of the Stade Jean Dauger to the sound of the referee’s full-time whistle, you’d be forgiven for thinking England’s fourth straight Tik Tok Six Nations’ title was won at a canter.

In truth, it was anything but.

Simon Middleton’s Red Roses were relentless throughout the Championship, never dropping down a gear as they were pushed all the way by an exceptional French side.

The curtain-raiser in Edinburgh set the tone for England’s formidable campaign, when Abby Dow crossed in the 24th minute to secure a try bonus-point and a controlling lead that only grew larger.

It was a 57-5 masterclass, with the unstoppable Marlie Packer bagging a hat-trick among nine tries in all. 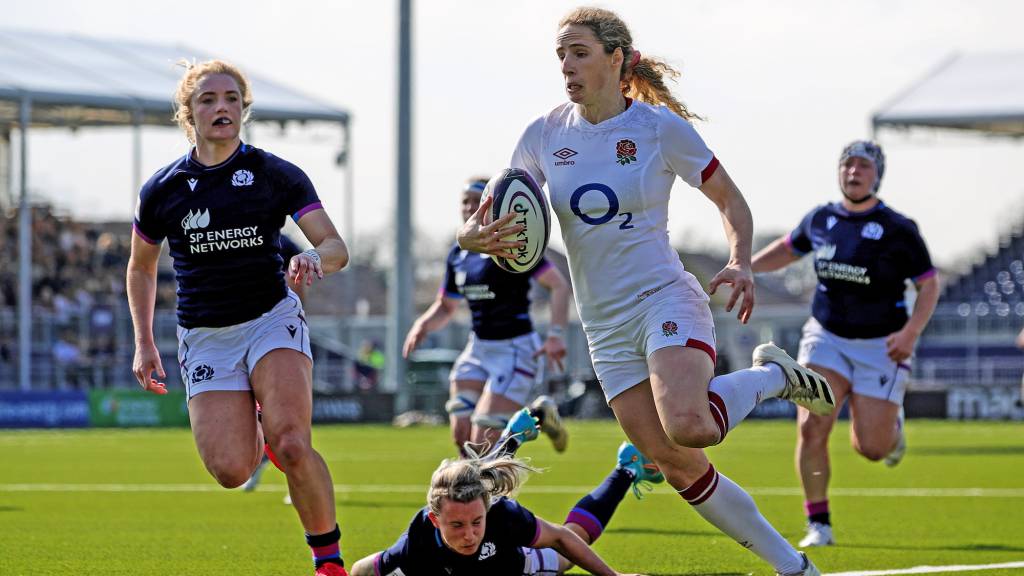 That would be the lowest try and points haul England would manage over the next three matches.

Such was the manner of their 12-try victory over Le Azzurre, the winner-takes-all decider against France – who had impressed themselves against Italy and Ireland – was already looking a certainty.

Lydia Thompson came away from Parma with a hat-trick of tries and scum-half Natasha Hunt, returning for her first international game in 18 months, claimed a well-deserved Player of the Match award.

A tougher test followed when England took on Wales in front of a record-breaking crowd at the Kingsholm Stadium.

The Welsh were unbeaten until they travelled to Gloucester in their first campaign since 12 players were awarded full-time contracts – and they would end up finishing a respectable third by the end of the campaign. 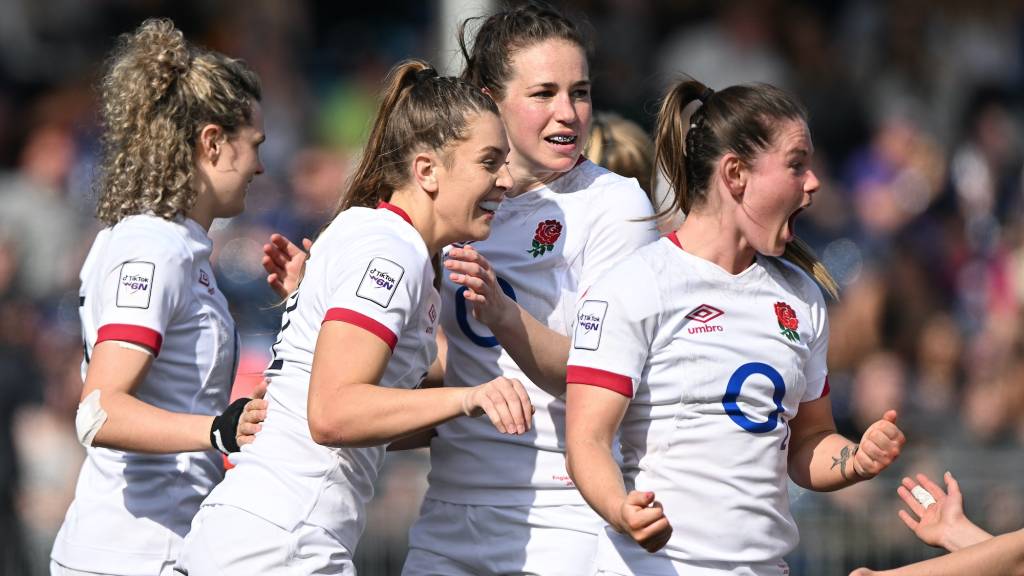 But while they pushed Middleton’s Roses in the first half, the home side pulled away after the interval.

Wales were right in the contest at the end of the first half, in which Abby Dow was stretchered off with a broken leg, but they eventually succumbed to a persistent and clinical Red Roses attack.

A similar pattern followed in yet another record attendance in Round 4, this time in Leicester.

The hosts gave away nine penalties in a frustrating opening half, with only two mauled tries from Lark Davies and Sarah Bern failing to reflect their clear dominance.

The second half was a different story though, bringing a deluge of tries including doubles for substitutes Poppy Cleall and Ellie Kildunne.

The 69-0 victory confirmed a 22 unbeaten run that stretched all the way back to July 2019.

France, meanwhile, were keeping pace by recording bonus-point wins over Wales and Scotland, leaving the destination of the title and the Grand Slam to be decided in Bayonne. 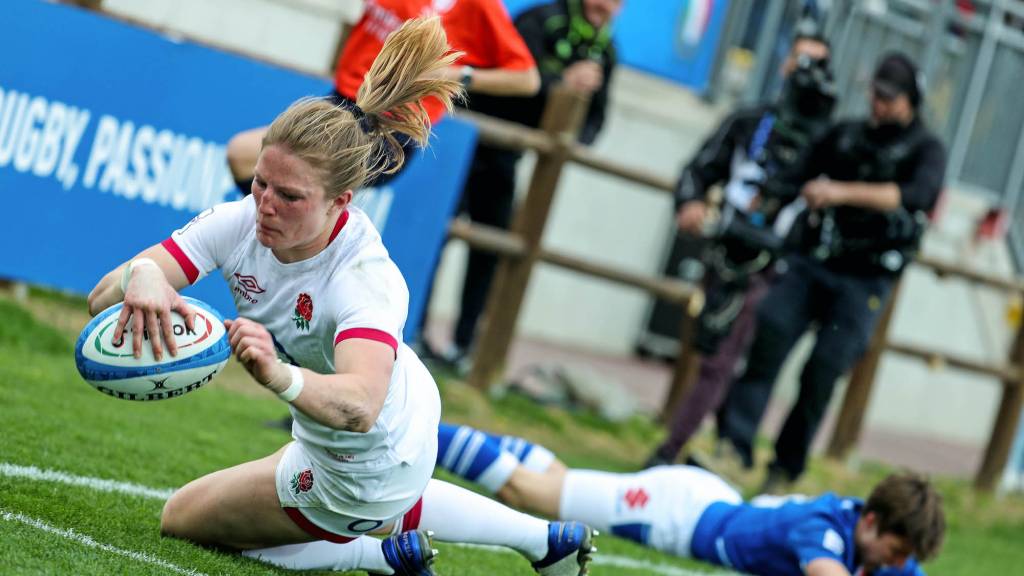 England had beaten Les Bleues 10-6 in last year’s final at Twickenham, and memories of France’s nail-biting 18-17 triumph in Grenoble on their way to their 2018 Grand Slam were surely fresh in the minds of both teams.

Annick Hayraud’s French side were in scintillating form coming into the crunch game, unbeaten in seven and boosted by successive comfortable defeats of New Zealand in the Autumn internationals.

Laure Sansus and Jessy Trémoulière were looking imperious in their backline and the only team to overcome them since the summer of 2019 were, perhaps predictably, England.

But it was still hard to look past the Red Roses, who had only conceded two tries all Championship, scoring 149 points in the process.

And it was a tried and tested method that helped them to a 16th Grand Slam in 27 years.

The English held firm after the break in the face of increasing pressure and a partisan audience, surviving a ten-minute spell with Zoe Harrison sent to the sin bin for a deliberate knock-on.

Annaëlle Deshaye gave the hosts late hope when she scored off a scrum, but England would not be denied a record 23rd win in a row – bettering the run set between 1992-97 – as they prevailed 24-12.

And so came the moment when Scarratt hoofed the ball into the stands, and the celebrations could begin.

Share this article:
Previous Story Middleton and Scarratt hail best-ever England side
Next Story Vote for your TikTok Women’s Six Nations Try of Round 5