The semi-finals of the Elite 1 Féminine will feature a repeat of last year’s final and international head-to-heads all over the park in both games on Sunday.

ASM Romagnat beat Blagnac in a hard-fought affair last season, and the teams will meet at the semi-final stage this year, with France playmaker Jessy Trémoulière looking to guide the champions back to the final.

They were pushed all the way by heavyweights Montpellier in the quarter-final but may face an even taller task in Brive against a high-flying Blagnac side.

Last year’s runners-up have a host of French internationals at their disposal, notably in the backline where Gabrielle Vernier and Mélissande Llorens were key contributors during France’s TikTok Women’s Six Nations campaign.

Up front, Marjorie Mayans could be playing her last game having decided to retire at the end of the season. The experienced flanker will be as tenacious as ever in defence in a back row that could also feature France pair Audrey Forlani and Axelle Berthoumieu.

Romagnat, meanwhile, have a pair of internationals in their pack in Italy lock Sara Tounesi and Ireland loosehead Linda Djougang.

The other semi-final pits Toulouse against Bordeaux, a battle of experience against youth. While Toulouse are still searching for their first title, they have already made it to two finals and will be looking to make it third time lucky. 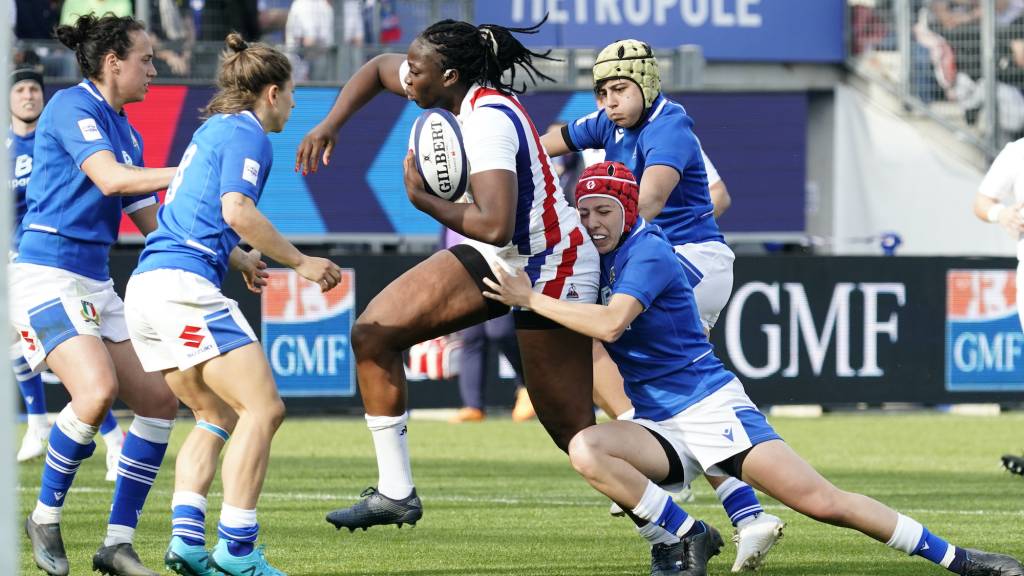 Bordeaux, meanwhile, are in their first play-offs, but are packed with talent and will hope to get one over on their star-studded opponents.

Toulouse are unbeaten all season, and can call on France skipper Gaëlle Hermet, TikTok Player of the Championship Laure Sansus and fit-again Pauline Bourdon.

Those three alone make Toulouse a formidable opponent, but with the likes of Céline Ferer and Maëlle Filopon as well, it is little wonder that they have been so strong this season.

Bordeaux have a number of French internationals of their own, and perhaps the most intriguing battle will be between Ferer and her Test colleague Madoussou Fall, arguably France’s best forward this year.

Hooker Agathe Sochat is part of a powerful front row for Bordeaux, and while their strength lies in their pack, Scotland winger Rhona Lloyd and sevens standout Montserrat Amédée offer some threat in the backs for the game in Dax.