While England grabbed the headlines with their Grand Slam win, the 2022 TikTok Women’s Six Nations was memorable for another strong showing from Italy.

Le Azzurre won two of their five games, including an impressive final day defeat of Wales, and it was in no small part thanks to the performances of winger Maria Magatti.

The flyer consistently impressed out wide for her country, not missing a single minute of another successful campaign.

And Magatti, who combines her rugby with teaching PE, was cheered on all the way by her pupils.

“Sport has been a thread of my life and I have now managed to make it also become a job,” said Magatti.

“My pupils follow me on social networks. A colleague of mine sent me a video in which my students greeted me and he was showing one of the Six Nations matches during his lesson.

“I am continuing to study and I am only at the beginning of this path so I bring to school the experiences that I have learnt thanks to rugby.” 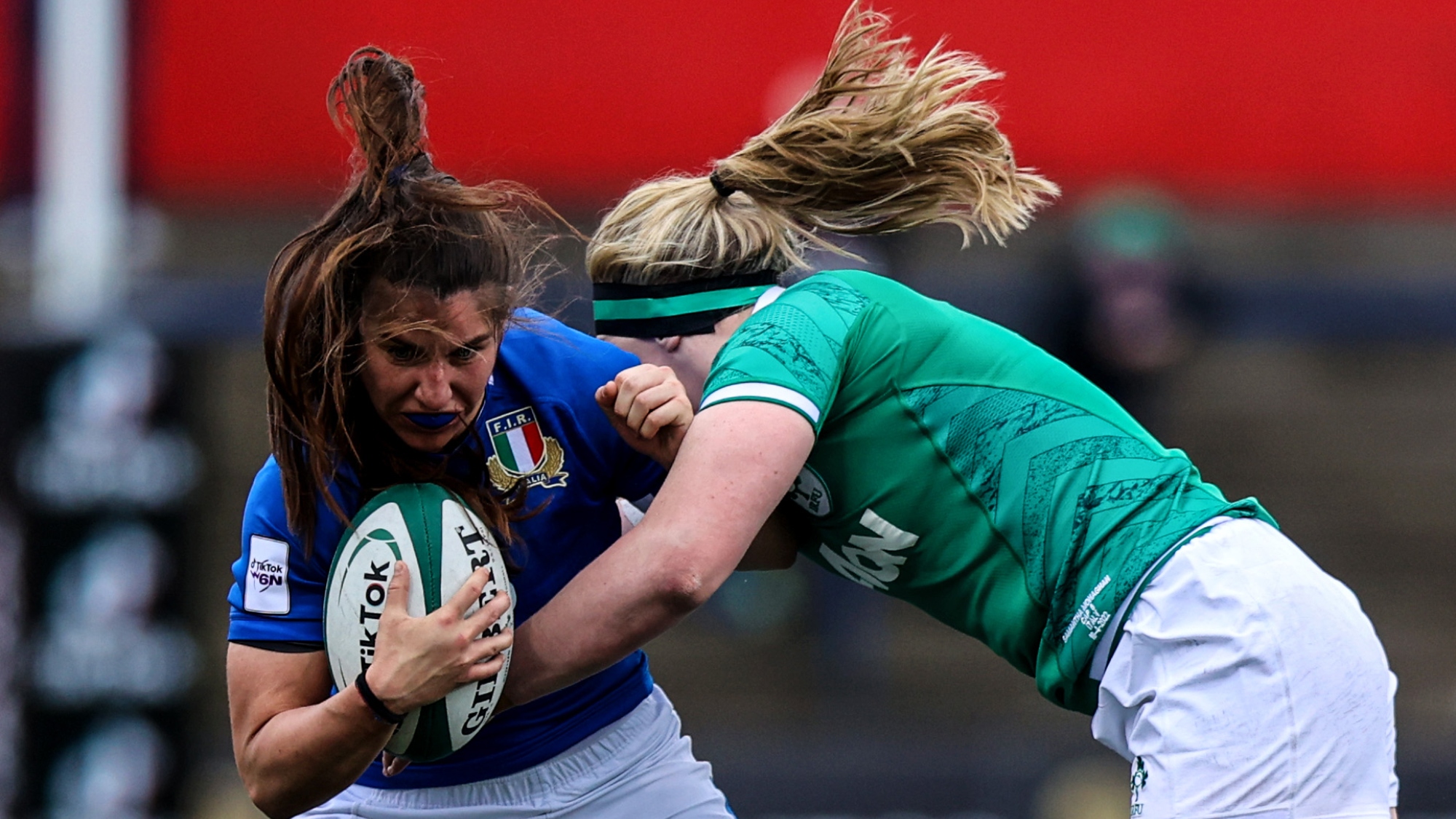 The 29-year-old made her international debut in 2011 and has seen the national side grow into a unit that is a now a real threat to any team.

For Magatti, she is driven by a competitive streak that drives her to always keep learning, as well as teaching.

“I am very competitive, so I like to win,” added Magatti. “I also like that things depend on me a little.

“I realised it was one thing that I had inside that I wanted to cultivate. I was lucky to have met it and became determined to pursue it.”

Magatti is one of five siblings, in a family that also incorporates brothers from Bangladesh and Eritrea, and the winger believes growing up in a such a big household has helped her embrace playing in a team.

“Maybe that’s why I’ve always loved team sports, because I grew up in a big family,” reflected Magatti.

“I love being together with other people. I think all the good comes out together.”

Magatti was a standout star for Le Azzurre in 2022, making the joint-most tackles for a back, 69, and the Como-born star is excited about the next generation of talent.

“Every year we have many young girls who start training with us,” she added.

“The technical level has risen, and also the ability to read the game.

“The game evolves and rules change, so you always have to find new solutions. This is the beauty of this sport, that it is continuously changing.”