As England celebrated their 2022 TikTok Women’s Six Nations Grand Slam in Bayonne, it was a result that tasted all the sweeter for scrum-half Natasha Hunt.

The scrum-half had stepped away from the England set-up in 2021, but made the decision to return to Simon Middleton’s squad ahead of this year’s historic Championship.

And as the final whistle went in the south west of France, that decision yielded another highlight in a golden career that started as a youngster in Gloucestershire.

“I got into rugby, I think through my grandad mainly,” remembered Hunt, who has 59 caps for the Red Roses.

“I was very fortunate that the local rugby club, which is literally three minutes up the road, actually started a girls’ section.”

The scrum-half on a career that has taken her to giddy heights, her decision to take time out of the game, and the seismic change in coverage and growth of the women’s game.@EnglandRugby | @Glos_PuryWRFC | #TikTokW6N pic.twitter.com/nzkCpXNGWh

It was the start of a long and medal-laden path, which has included a Commonwealth Games bronze medal, two appearances at the Olympics, and four Women’s Six Nations crowns.

However, it looked like it may have come to a premature end in 2021 as Hunt took a break after losing her enjoyment of the sport she holds so dear.

“Taking my break from rugby, I was just mentally in a bit of a hole I think,” she reflected.

“Not that it wasn’t making me happy anymore, but I was definitely more upset going into camps than I was when I wasn’t there and something had to change because I couldn’t drag myself out of it.

“I just decided that actually, to do the right thing, not only just for me but for the environment, for the girls, for the coaches, everything.

“It was time to actually just step back.”

After time away, Hunt returned to the Red Roses fold in time for their 2022 TikTok Women’s Six Nations campaign, starting their 74-0 win over Italy on the way to another Championship triumph.

It was the perfect way to mark her return for someone who finds it hard to stay away from the game now that her passion has been re-lit.

“Having that break and coming back in, everything is just refreshed for me,” said Hunt.

“Just the want and the desire and the hunger to get better has just gone next level for me, it’s accentuated 100%.

“The Six Nations for me is just an unbelievable tournament.

“Especially in the women’s game because naturally we play so much club rugby, to play alongside that many people as teammates and then to go up against them in a fierce environment, there’s nothing quite like it.” 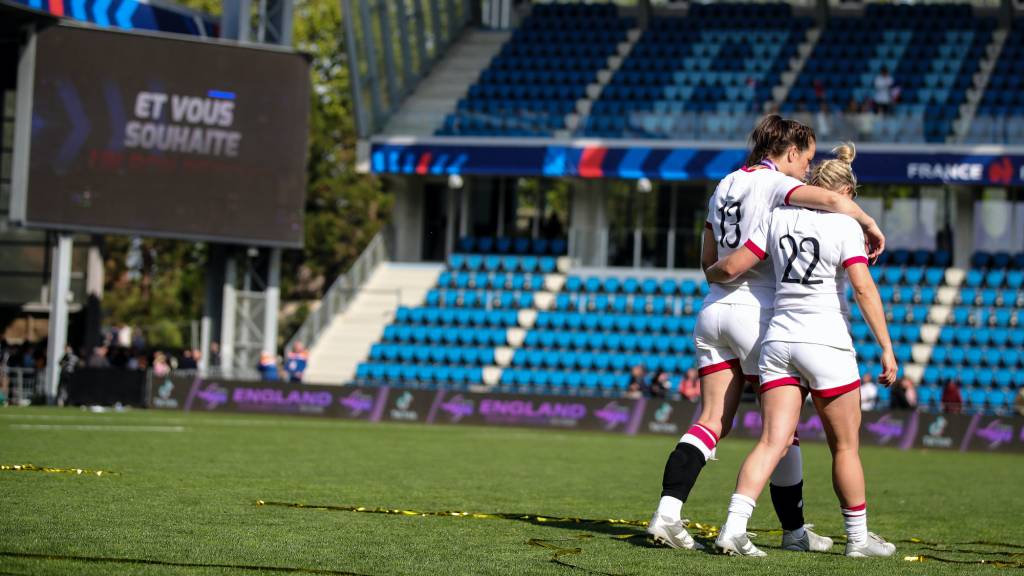 It is a sport that is ingrained deeply in Hunt’s DNA, having taken her all the way from her family beginnings to the very pinnacle.

And now, Hunt is able to live and breathe rugby 24/7 as she coaches the next generation alongside playing for Gloucester-Hartpury at a time when the women’s game is going from strength to strength.

“While I’d love to keep it separate, and I’d love to be Mo ass a person and that sort of a thing, it’s such a massive part of my life that you can’t really box that up and you can’t step away from it.

“I know lots of people have had to make decisions, really tough decisions about different bits going on in their life but again that’s just kind of how you balance your values and how you balance what’s most important to you.

“I choose to be doing what I do, and I choose the fact that playing for England means so much to me.

“One thing that I try and instil in a lot of my girls is that it’s about balance. When you’ve got opportunity to enjoy time with each other or enjoy other elements of life, it’s so important that you take those.

“The turning point for the women’s game has been happening for a few years now. The way that the game has transformed in the short amount of time that I’ve been involved in it. I’m so excited to see where it can go.”