Irish legend Sene Naoupu has announced her retirement from international rugby having earned 48 caps in the famous green jersey.

The New Zealand-born centre made her Ireland debut in 2015, helping her side to a five-try win over Italy in their opening Six Nations fixture as they went onto claim the title.

Naoupu moved to Galway with her husband and former Connacht forward George in 2009 and went on to score six tries in the Six Nations.

“It is surreal,” reflected Naoupu. “I look back to when we first came to Ireland in 2009 to Galway, I had the privilege of moving to Ireland as a supportive rugby wife and I never expected years later to be a rugby international.

“I drove to Dublin from Galway three times a week every week just to go to training. To finally achieve my first cap in 15s in Florence and then the same year to achieve my sevens cap, I wouldn’t have got there if I didn’t have that drive. 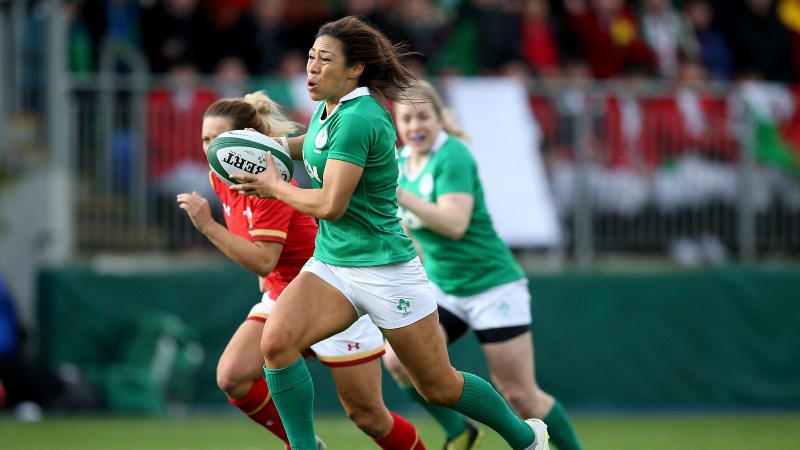 “You would want to be a good person before the player. I would want to be remembered as someone who never gave up; it was never too late to achieve the dream. I moved over to Ireland as a rugby wife but I knew I wasn’t done [playing] but I wasn’t guaranteed to make it.”

The 38-year-old last ran out for Ireland in the 2022 TikTok Women’s Six Nations against Scotland and looking back on her international career, one match stands out above the rest.

Naoupu recalled: “One of my favourite moments was when I had the chance to captain Ireland against England in Twickenham [in 2018]. Unfortunately it was because our captain [Ciara Griffin] was injured so I stepped in. It’s probably one of my favourite games to date.

“We didn’t win it but the way we came together and the opportunity I had to remind the girls before the game that world-class athleticism was in our DNA, we had what it takes to play against the best and one day, maybe not in my era, to be at the top. That game confirmed that.”

Naoupu also represented Ireland at the 2017 World Cup but as she calls time on her international career, she has urged her former teammates to make the most of the historic current tour of Japan.

“Any player would have loved the opportunity to represent on a historic tour,” said Naoupu. “It’s such an exciting time for the squad in their development phase. I’m just really excited for the girls.

“I was going to hold and try to earn two more for the 50 [cap milestone] but I would have done it for the wrong reasons. That’s why I’m at peace to go now. I’d like to wish Greg (McWilliams) and the squad all the very best for their epic tour to Japan.

“Like the other girls I’ve dedicated my heart and soul to serve the team in the green jersey and I consider it a privilege that I get to retire on my own terms.”