After Ireland’s 57-22 victory over Japan at the weekend, spirits are understandably high ahead of the second Test this weekend.

That is especially true in the backs who were very much on song, combining for four tries, including debut scores for both Aoife Dalton and Méabh Deely.

The debutant duo were joined by Aoife Doyle, Chloe Pearse, Molly Scuffil-McCabe and Emma Hooban as Ireland responded to trailing 15-0 after just 11 minutes against the Brave Blossom.

It has been an especially quick rise up the ranks for Deely, who impressed on the sevens circuit to get in Greg McWilliams squad for the Japan series.

And that feeling of scoring a try on debut was one that Deely will never forget, she said: “I knew that gap was still open again, so we went with the same move and it worked out great in the end, it was brilliant.

“Everyone came running at me, I didn’t expect it at all, the whole team comes and hugs you, it’s an ecstatic feeling it’s amazing.

“I knew myself once we got the ball in attack we would get going and it was a case of when that would happen.

“It did take us 10 or 15 minutes to get the ball and actually show what our attack was about.

“What I was really proud of was that we turned around and didn’t get our heads down.

“I think, especially with such a new group, and new caps, we were thinking we really had to step up, and I think we did really well.”

While Deely was making her debut, there were plenty of inspirational figures in the team, including captain Nichola Fryday, who has been a central figure in the team’s recent revival following World Cup disappointment. 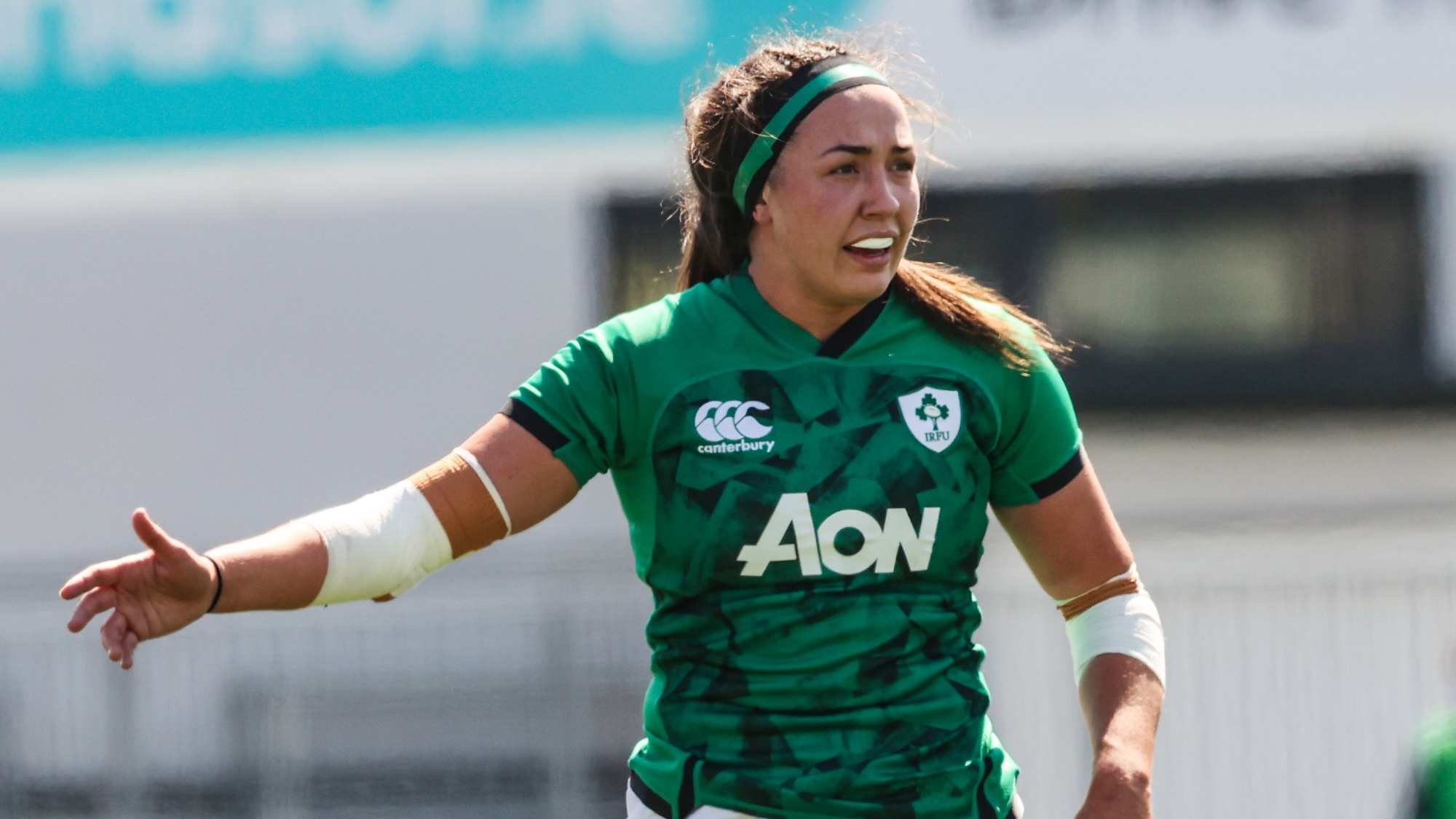 Deely said: “Us new girls really looked up to the likes of Nichola Fryday to get a push-on.

“They said themselves we had been in this position before. They really showed a lot of resilience and we just followed in their footsteps, that’s what let us keep going and we did really well, the whole team, they gave us so much confidence.”

Despite Ireland’s slow start, they rallied well from being behind and actually went in at half time in the lead, something which Deely believes was key in Ireland’s resounding victory.

“Our set piece was going brilliantly, and the forwards were doing great and got the first try, and then once the backs got our hands on the ball we got a try,” she added.

“I think after that try we knew we had this, we went in ahead at half-time and were so confident.

“We knew we didn’t have it won, so we knew we had to keep going.

“We went in ahead at half-time and were so confident, we knew we didn’t have it won, so we knew we had to keep going.

“From those first two tries we were on the up and I think we stayed there.”

Ireland face Japan in the second of two Test matches at 11am at Chichibunomiya on Saturday 27 August.