There are now less than 50 days to go till Rugby World Cup 2021 kicks off, with 12 teams desperate to take the crown in New Zealand this Autumn.

And with the rescheduled tournament fast creeping up, teams are putting their final preparation in practice with warm-up matches coming thick and fast in the Summer Nations Series.

This Saturday it is Scotland and USA’s turn as the two sides do battle in Edinburgh – with the match set to be live on TikTok for the very first time.

It is also the first time since 2006 that the two sides have faced each other, with the Eagles coming out on top to seal a fifth-place finish at the World Cup in Canada.

Scotland looking to rediscover form ahead of World Cup

There were some bright sparks – but generally the 2022 TikTok Women’s Six Nations was a tricky campaign for Bryan Easson’s side.

Five defeats and a sixth placed finish do not tell the whole story, but it was clear from the Championship that there was plenty to work on for Scotland before they head down under.

A 57-5 defeat to England is nothing to be ashamed of after the Red Roses strolled to a Grand Slam and look to be the team to beat.

The narrowest of defeats came against Wales where Scotland led 19-7 shortly after the break, only to lose 24-19, before a spirited second-half fightback against France was not enough to turn Les Bleues’ hefty first-half lead around as they succumbed to a 28-8 loss in Glasgow.

They again held the lead at the break against Italy, but were left frustrated with a 20-13 defeat in Parma before losing by just one point to Ireland on Super Saturday after conceding an 84th-minute converted try in 15-14 loss.

Finishing winless but with three losing bonus points shows just how close Scotland are to becoming one of the top sides in world rugby, and they will be hoping these two Tests against USA and Spain can allow them to find that winning recipe ahead of the World Cup.

Tough challenge for home side

Scotland are currently ranked 10th in the world rankings, which sees them sit below all three of their World Cup opponents – Wales, Australia and New Zealand.

USA come into the weekend ranked fifth – showing just how stern a test they will represent at the Dam Health Stadium this weekend.

Due to Covid-19, The Eagles had a two-year spell of not playing, with 714 days separating their defeat to Canada in 2019 and their next match against Ireland last November.

It is not surprising then they suffered defeat to Ireland and to England in November.

In the recent Pacific Four Series, they endured a 36-5 loss to Canada first up, before a 16-14 win over Australia in their only home fixture, with New Zealand coming out on the right side of the final match to seal a tournament victory as USA finished third.

They too come into this game in search of form, having played just five matches in three years, making this a proper Test match. 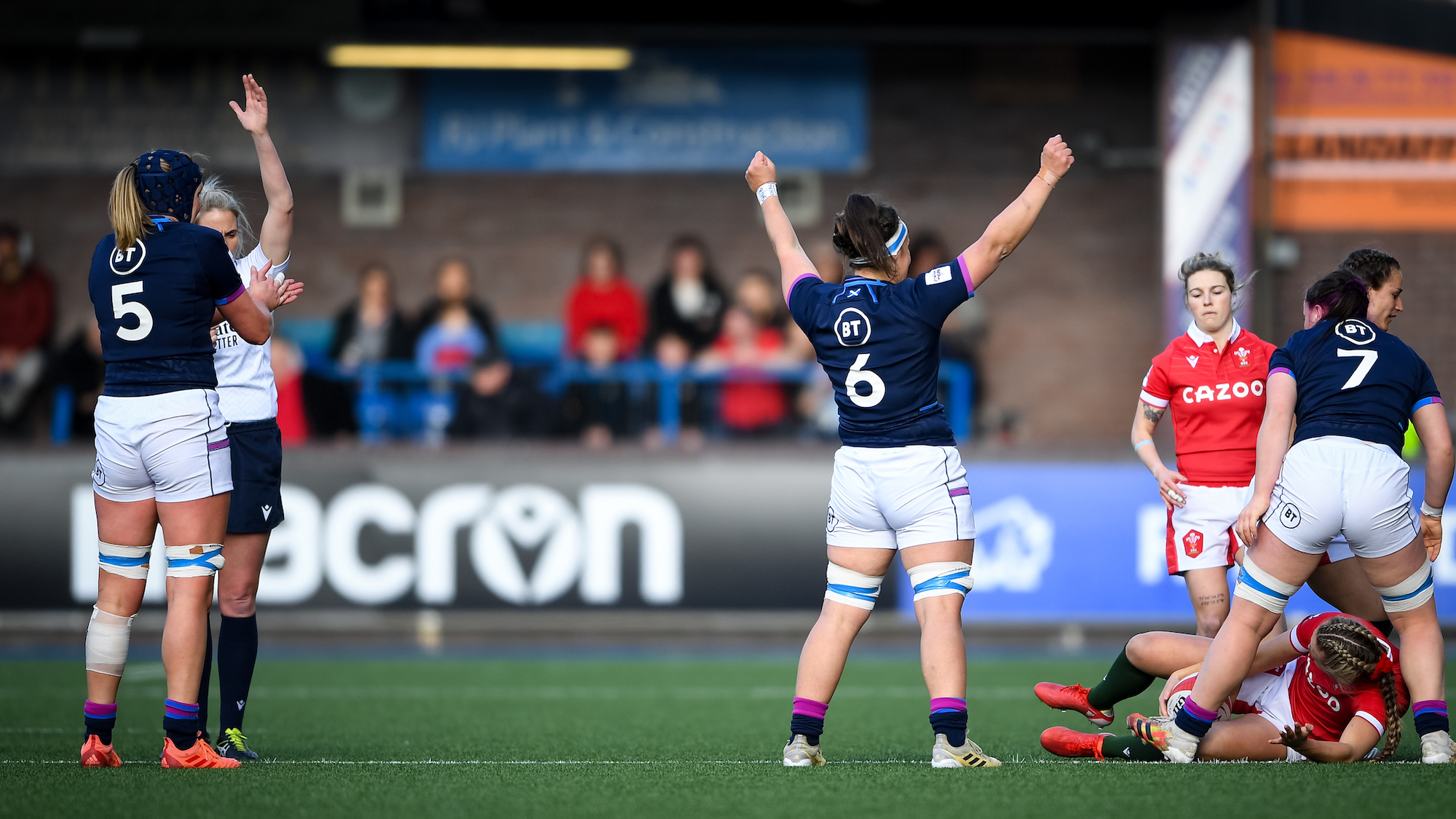 Chloe Rollie is set to earn her 50th cap for Scotland, seven years after making her debut in the 2015 TikTok Women’s Six Nations.

She is joined in the back three by experienced pair Rhona Lloyd and Hannah Smith.

Lisa Thomson and Emma Orr form the centre pairing, while vice-captain Helen Nelson starts outside Caity Mattinson in the half-backs.

In the forwards, Molly Wright and Christine Belisle form the front row either side of veteran hooker Lana Skeldon, while there is even more experience in the second row of Emma Wassell and Sarah Bonar.

Captain Rachel Malcom is joined in the back row by Louise McMillan and Evie Gallagher.

On the bench, there is a chance for a debut for Elliann Clarke.

Easson said: “It has been the first time we have been able to have a full pre-season as a group.

“I am really pleased to see the 7s players coming back and following an extensive pre-season period, the exciting part now is for us

all it get on the field and put together everything that we have been working on.

“Our long-term goal is the first game in New Zealand against Wales, however, this match is still part of our build-up and crucial preparation towards the main showpiece event in New Zealand.”

There are plenty of familiar faces in the USA team for Scotland’s stars, with no fewer than 12 Allianz Premier 15s stars in the starting XV.

Alev Kelter starts at full-back and is joined by her Saracens captain Lotte Clapp on the wing, with Jennine Detiveaux completing the back three.

Katana Howard and Eti Haungatau make up the centres, with Gabby Cantorna and Olivia Ortiz forming up at half-back.

In the forwards, Hope Rogers is joined by Sale Sharks duo Joanna Kitlinski and Nick James in the front row, while Hallie Taufoou and Jenny Kronish make up the second row.

The back row is formed of USA Sevens star Jordan Matyas and Exeter Chiefs pair Rachel Johnson and Kate Zachary.

USA Head Coach Rob Cain said: “Our 21 days in Atlanta was focused on being the best prepared we can be as we head into the Rugby World Cup.

“Understanding, refining and cementing our identity on and off the pitch and aspiring for both the players as individuals and team to bring to life what we believe to be some key points of difference as a group.

“We also used this extended time to create behaviour changes in both technical and tactical areas. All of this before culminated in our Rugby World Cup selection pre-departing for Scotland.

“Scotland have been in camp for six weeks, they have also in recent months committed to part-time and full-time contracts and have made some very big strides due to this professionalized contact time.

“They are very organized , very purposeful and look to maximize their ability to create a go forward off their set piece, dangerous ball carriers and kicking game.

“This a great opportunity to continue gauging where we are, showcase the hard work that has gone into the past three weeks as we continue to develop our own game ahead of New Zealand.

“We would like to see the development shown in camp also show through in real time under pressure, alongside our ability to adapt tactically on the pitch in real time.

“Playing time at this level is critical for us as a group, we have two opportunities ahead of the Rugby World Cup and a further training game in New Zealand, but we are well aware that our competition have had the opportunity to play many more test matches over the past two years.”