Scotland captain Rachel Malcolm found the positives in her side’s narrow 21-17 defeat to USA at Dam Health Stadium in Edinburgh.

The home side scored two tries through Lana Skeldon and Rhona Lloyd in the opening match of the Summer Nations Series, but despite heavy pressure in the closing stages, could not find a matchwinner at the death against a team ranked five spots ahead of them in the world.

It took just six minutes for Skeldon to put the home side in front but they were immediately pegged back by a Hope Rogers try and Alev Kelter penalty.

Lloyd put Scotland back into the lead with some real pace on the outside, but Kate Zackary had the Eagles on top after 37 minutes before a Helen Nelson penalty on the brink of half-time saw Scotland into a 17-16 lead.

Rogers’ second try was the only score in the second half as the Eagles recorded an important away win in preparation for the World Cup which is now just around the corner.

But Malcolm believed it was a positive step in Scotland’s journey despite coming out on the wrong side of the scoreline.

She said: “I’m disappointed not to get the win, the win would have been a nice boost, but I think in terms of the context of our preparation, it was a really pleasing performance.

“The fact that we were in it right up until the final minute against the fifth best team in the world is a brilliant statement.

“We’ve really only had two weeks as a team together, and we’ve come on a huge amount, the big aim coming into this game was cohesion, and I think we built as the game went on.

“We got two new caps which is what we want to see, and that’s exactly what we want building towards a world cup.

“There’s a huge amount we’ve got to improve on, but that’s the exciting bit.” 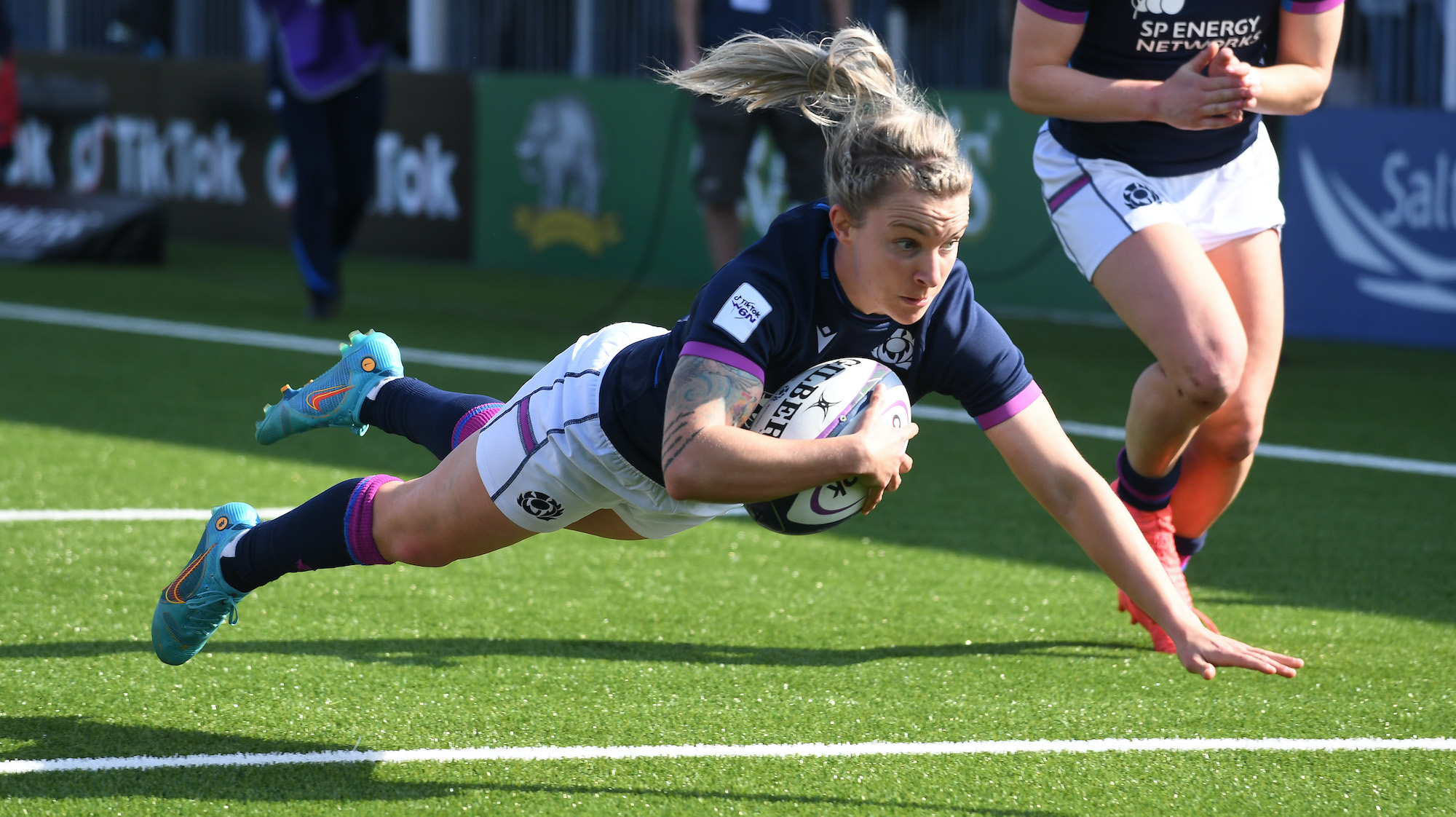 As well as debuts for Elis Martin and Elliann Clarke, it was also a day to celebrate for full-back star Chloe Rollie who reached her 50th cap, and Malcolm had nothing but positive things to say about her teammate.

“I said this morning, sometimes you need a bit of X factor in your team and Chloe Rollie is our X factor,” she said of Rollie, who kept Scotland in it with a try-saving tackle late on.

“She’s a phenomenal player in attack and also in defence, and I thought she was outstanding today, as she is every time she pulls on that Scotland shirt – it is an absolute honour to run out alongside her every week.”

There are now two weeks before Scotland’s final match before travelling to New Zealand, when they will take on Spain, and Malcolm has already identified the areas that her side need to improve on.

She added: “I think our defensive structure needs to improve in terms of our width, we weren’t covering the full field for large parts of that game.

“We gave America a lot of space to run into, so we need to look at why that is happening and why too many players are getting sucked into breakdowns.

“In attack we’ve got to look after own ball a bit better, our handling wasn’t the best and we had way too many handling errors.

“So it’s things we can fix which is the pleasing thing, bit – we’ve got a big two weeks ahead of Spain, and hopefully we come back in a stronger place.”