Sarah Bern is perhaps the leading tighthead in the world right now but, believe it or not, there was a time when she was repulsed by the idea of playing front-row.

Now, just a month away from potentially her second World Cup, she wouldn’t have it any other way.

It’s been a long road for the 2017 World Cup finalist, three-time Grand Slam champion and member of the 2022 TikTok Women’s Six Nations Team of the Championship.

It all began with a trip to London Irish and Bern was immediately hooked, although at first she wouldn’t breathe a word about her new-found hobby to her classmates.

“I went to watch my cousin play at London Irish and I was ten at the time. I went down and said I’ll have a go at that, so then played there with the boys for a bit,” said Bern.

“I didn’t know how people would take it at the time. I didn’t know anyone and I didn’t want anyone to think, ‘ugh you play rugby’ and there to be a bad connotation to it. 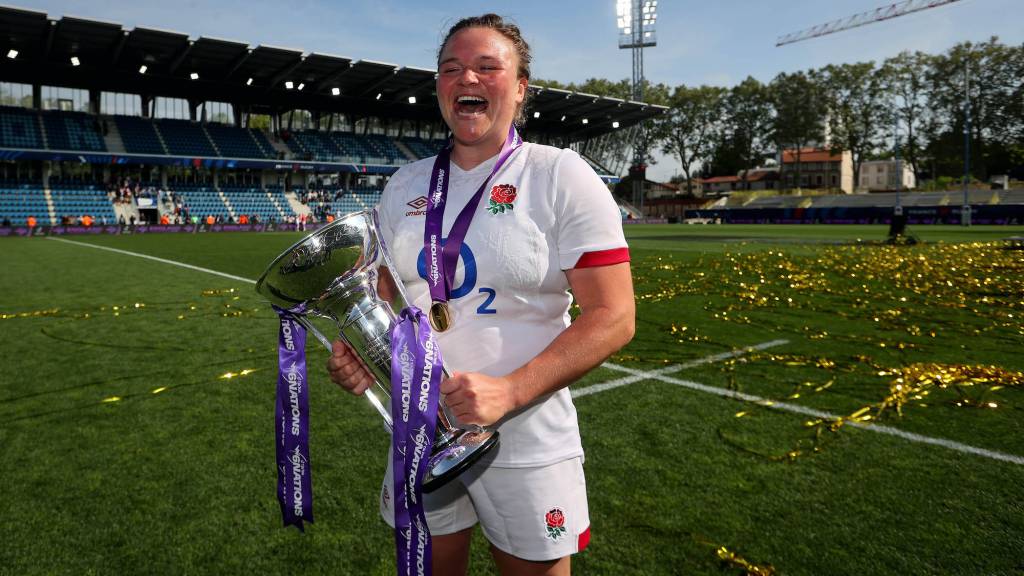 “It wasn’t really seen as a women’s sport back in high school. Eventually I told people and they said, ‘that’s sick, I want to be friends with you, no one is going to start a fight with you.’”

It would be a major surprise if the Bristol Bears forward was not on the plane to New Zealand, the country that broke Red Rose hearts in the final five years ago.

Bern scored the opening try in the semi-final victory over France having started in her now beloved tighthead post, but it took a lot of persuading to prise the teenager away from the back-row.

She added: “I really wanted to move away from being a bigger player because back in that day it was your large players that weren’t seen as being as athletic.

“For me at Under-20s I wanted to play as a six and try and get through that way. Every time they brought up front-row I said, ‘nope, I’m not doing, I’m never going back to it.’

“It wasn’t until Fergie [Matt Ferguson – former England forwards coach] put it like, I want you to be exactly the same player as you are but I want to teach you how to scrummage.

“I thought that’s not a bad idea, being able to scrum but still playing as a six. That’s the player I became, hopefully more of a dynamic front-row that had to learn this really challenging skill as well.

“That’s how I got over that mindset.” 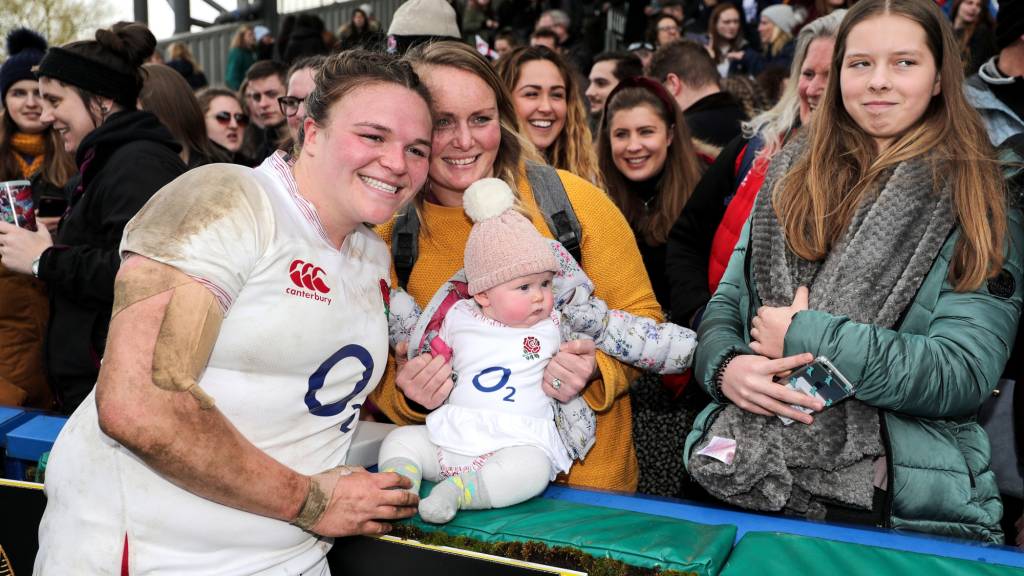 Bern was undoubtedly the breakout star of England’s run to the 2017 World Cup final, but the 25-year-old sees her role slightly differently this time around.

“I think last World Cup I was so young and I was in awe of all the amazing players that were there and the teams, like New Zealand and all of them,” she recalled.

“I think I was naïve thinking, this is a sick team, we’ve got Rocky [Rochelle Clark], Scaz [Emily Scarratt], we’re gonna smash this.

“I was really young just trying to enjoy the environment, I didn’t think too much and just thought just try your best.

“I think I have a lot more knowledge and experience behind me now and probably a little more in the leadership role, helping those younger players through.”

It might be pretty daunting for any newcomer to the England squad, especially with the unbelievable run they’re currently on.

“We never sit down and think well done,” she said. “To me, I couldn’t tell you what number we’ve won. It’s not a big thing we focus on, we’re always so driven.

“Each training session we think, that could be better. We’re our harshest critics and we put the pressure on ourselves to get better and keep working hard.”