For Maëlle Filopon, rugby has always been a religion, but one key moment confirmed the centre belonged in the rugby family.

Growing up in Grenoble, with a father who coached and a family who were obsessed, rugby was never optional for Filopon but instead part of everyday life.

The family would sit and watch every match of the Guinness Six Nations together, with celebrations after the 2010 France Grand Slam a particularly important piece of Filopon’s rugby journey.

Now a key member of the France side who finished second in the 2022 TikTok Women’s Six Nations, Filopon recalls the pivotal moment she demonstrated her ability as a youngster.

She said: “I grew up near Grenoble close to the mountains and I started playing rugby in a small club in the village called RCVMT.

“It is very close to my house, and it is where I discovered rugby and all the values that it stands for.

“My first memory is during training when I had just come into rugby at the age of 12 or 13.

“I remember being the only girl in the team, we were at the end of training in a game, and I remember there were a lot of parents around the pitch.

“It’s not that they didn’t trust me or anything like that, but they were probably thinking ‘oh it’s a girl with the ball’.

“And I remember getting the ball, jinking in and out and scoring a try.

“Then I remember the parents behind going ‘wow’ and that’s it, now you’re part of the family.”

Filopon has had to overcome a lot to get where she is today having been born with hearing impairments in both ears.

She had real trouble coming to terms with her disability, feeling ashamed to wear hearing aids, but without them was oblivious to the referee’s whistle, so it felt like a doomed if you do, doomed if you don’t situation for the French star.

Now, 25, Filopon has been involved with France’s senior team for six years, and turned her disability into a strength.

“When I was little, I had a lot of issues with my disability, I was ashamed to wear hearing aids,” she explained.

“I don’t know about other hearing-impaired people, but when I don’t have my hearing aids, I’m in my own little world.

“When I first started playing rugby I was often in my own little bubble and sometimes I could not hear the referee’s whistle, which led to some mad situations where I would carry on running with the ball on my own and everyone else would stop.

“So it was quite difficult at the start – but I learned to get out of this bubble and be much more aware of my surroundings and now I would say it is even a strength of mine.” 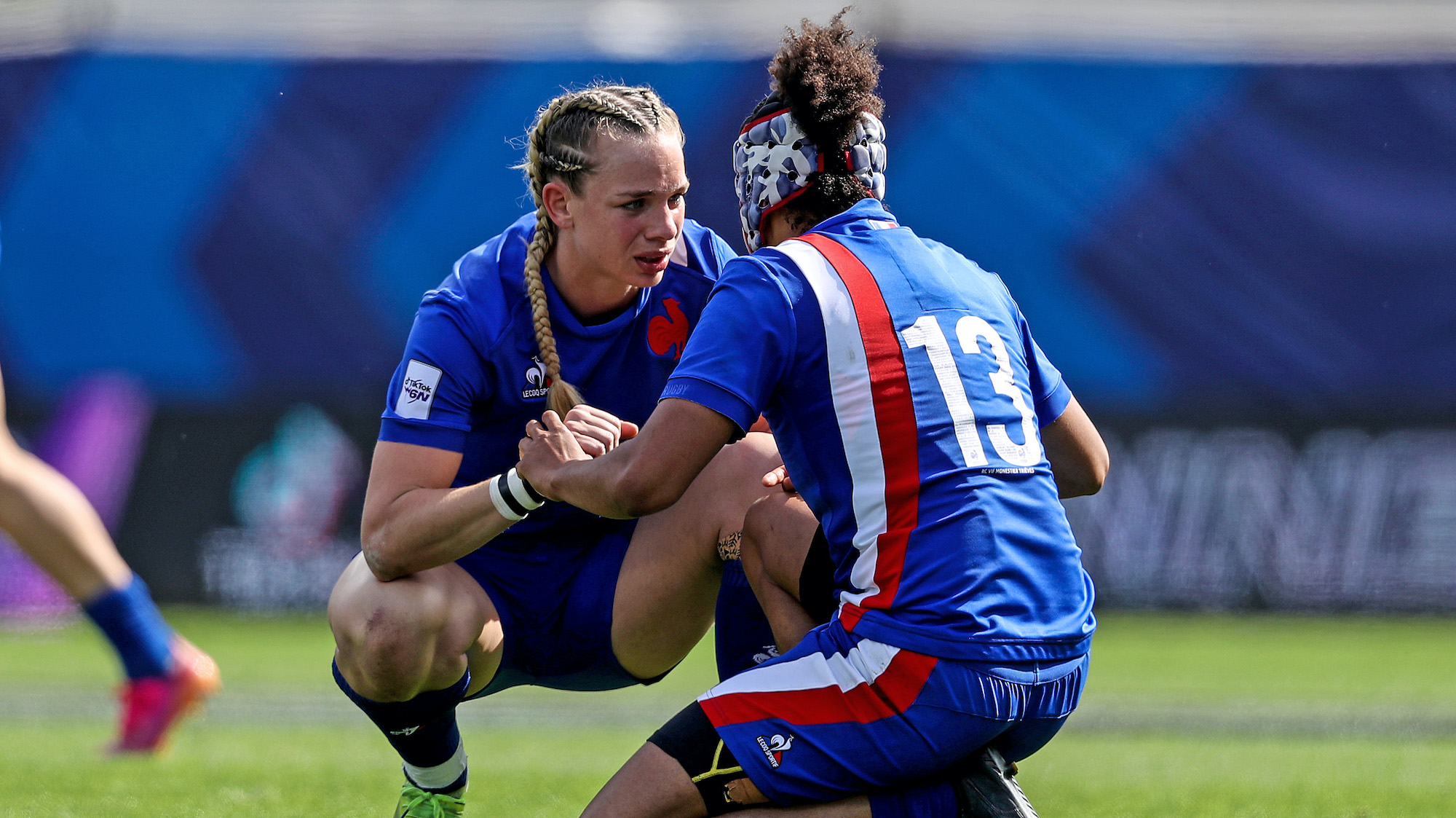 Women’s rugby has drastically improved over the past 12 months, with players from all over Europe finally rewarded with professional contracts.

With the delayed 2021 Rugby World Cup just around the corner, Toulouse ace Filopon is hopeful the showpiece tournament can give women’s rugby another shot in the arm and continue to close the gap to the men’s game.

She added: “The thing I would really like in women’s rugby is for us all to be more or less on the same level as the men – for example having a proper contract with our club and finally being able to make a living from it.

“There are girls in the team who combine 8am to 6pm shifts at work and then have to go training which is just not sustainable in the long run.

“Many have done it, and many have ended their careers because of it, but if we want to help women’s rugby to evolve, we’ll have to go through this stage and it can only be beneficial.”

Marketing student Filopon started four of the five matches in this year’s TikTok Women’s Six Nations and loves the feeling of putting on the famous Tricolore shirt and belting out the iconic La Marseillaise anthem.

“As soon as I put on the jersey, I am immensely proud to be one of the few people who get to put on the famous shirt and play for my country,” she added.

“It’s a feeling of pride and a lot of recognition for the work I do: every time I go back on the pitch, I say to myself: ‘Damn, you’re going on to the pitch here, go and enjoy it!

“When I sing the Marseillaise, I’m just loving it because you are in tight with the girls next to you and you’re singing this hymn that all French people love.

“The challenge for me now? To get into the squad and be at the World Cup, but also in the future – to continue to make my club win and to try and bring back our French league titles, it is a huge challenge!”

’To watch all episodes of ‘Heroes of the Game’, click here’