The Rugby World Cup 2021 got going with a bang in New Zealand as the opening weekend saw tries galore and one match go down to the very wire.

For the TikTok Women’s Six Nations sides in action, it was a strong start to the tournament as Grand Slam champions England romped to a record win, France and Italy also picked up bonus-point successes and Wales and Scotland played out the game of the round.

So if you missed anything, here are the main talking points from the weekend:

There was no question over the game of the opening round as Wales and Scotland played out another absolute classic, with Wales edging it 18-15.

When the teams met in the TikTok Women’s Six Nations in Cardiff in April, Ffion Lewis’ try five minutes from time completed a remarkable comeback from the home side.

Having trailed 19-7, Wales scored 17 unanswered points to claim the 24-19 success, and it was almost the opposite scenario this time around.

It was Wales who led 15-5 with less than quarter of an hour remaining, but a Megan Gaffney double got Scotland onto level terms, giving Helen Nelson the chance to put them in front from out wide with a minute left.

Her conversion was off-target and instead Wales, with the clock five minutes into the red, earned a shot of their own to win it. Keira Bevan stepped and nailed it, to the joy of her teammates and heartbreak of the Scots.

Next up for Wales is a clash with hosts New Zealand, and while it would take a lot to beat the defending champions, Ioan Cunningham’s team will feel they have a good shot of making the last eight now.

For Scotland, defeat follows a familiar story after losing in similar circumstances against Ireland in their final game of the TikTok Women’s Six Nations earlier this year. They will look to bounce back against Australia in their next match.

By the barest of margins 🤏

England lay down a marker with record success

The world’s number one team arrived in New Zealand with big expectations and they were tested in the first half against Fiji, going in 24-14 up at the break after conceding two tries – half the total they conceded across the whole of the TikTok Women’s Six Nations.

The second half was a rather different affair, as Fiji tired and England’s backs took full advantage in running in a further ten tries to take their tally to 14 – their record in a World Cup match – for an 84-19 success, likewise their biggest winning margin in the competition.

Claudia MacDonald starred with four tries out on the wing, not bad for the former scrum-half who had contemplated retirement earlier this year because of a neck injury. 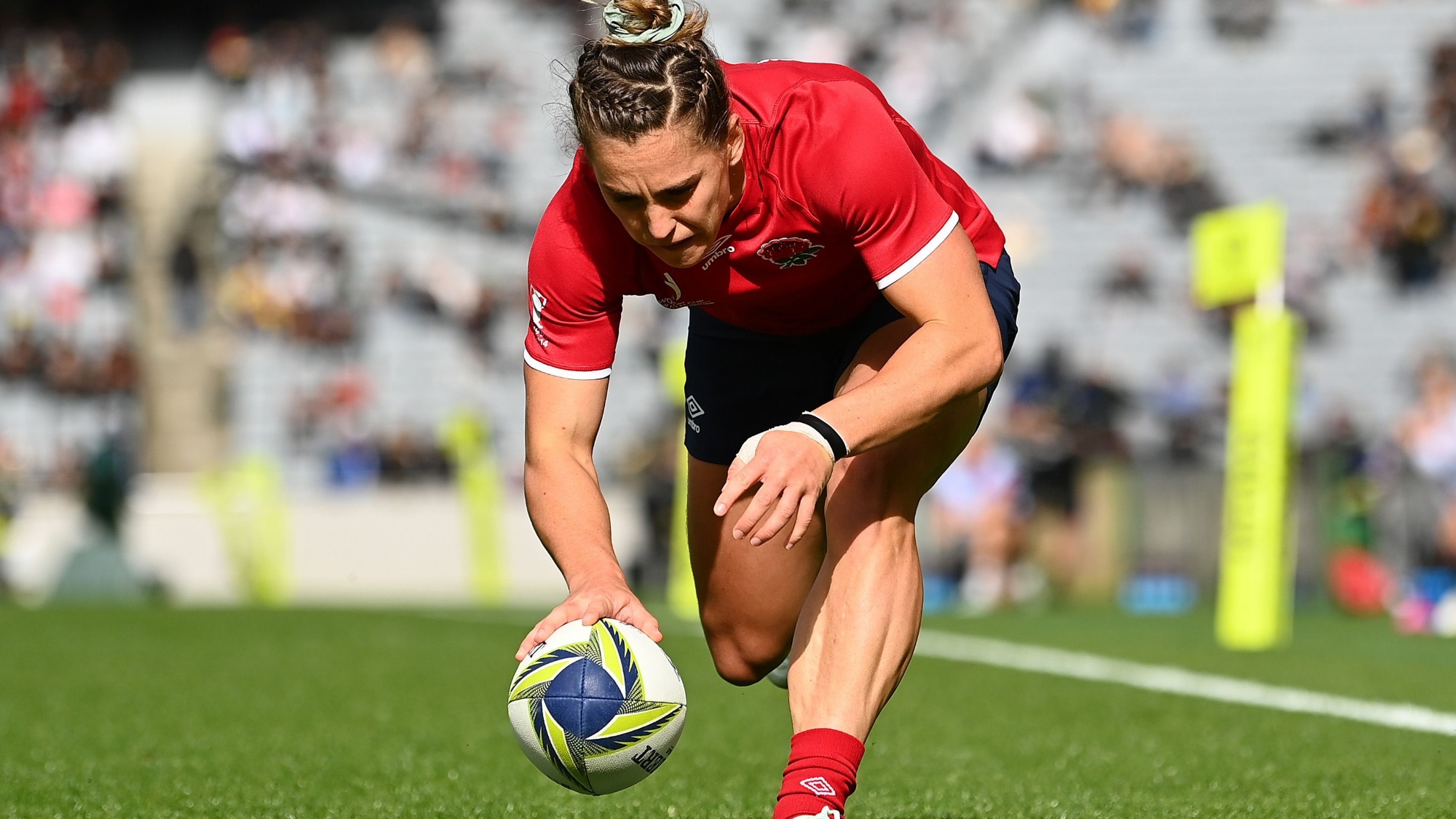 Abby Dow also marked her comeback from a leg break with a brilliant try off the bench, while Sadia Kabeya was named Player of the Match for her performance in the openside role in the absence of Marlie Packer.

It was not perfect from England, but their rolling maul was as effective as ever, and they will have been pleased at how they warmed up for the biggest game of the pool stage against TikTok Women’s Six Nations runners-up France next week.

Catch up on the full highlights NOW!#FIJvENG

Italy began their campaign against the semi-finalists from 2017, but it was the Azzurre who finished stronger in a 22-10 win over the USA.

Wingers Aura Muzzo and Maria Magatti (pictured) combined for three tries between them, with Muzzo getting over twice in the space of 12 second-half minutes. 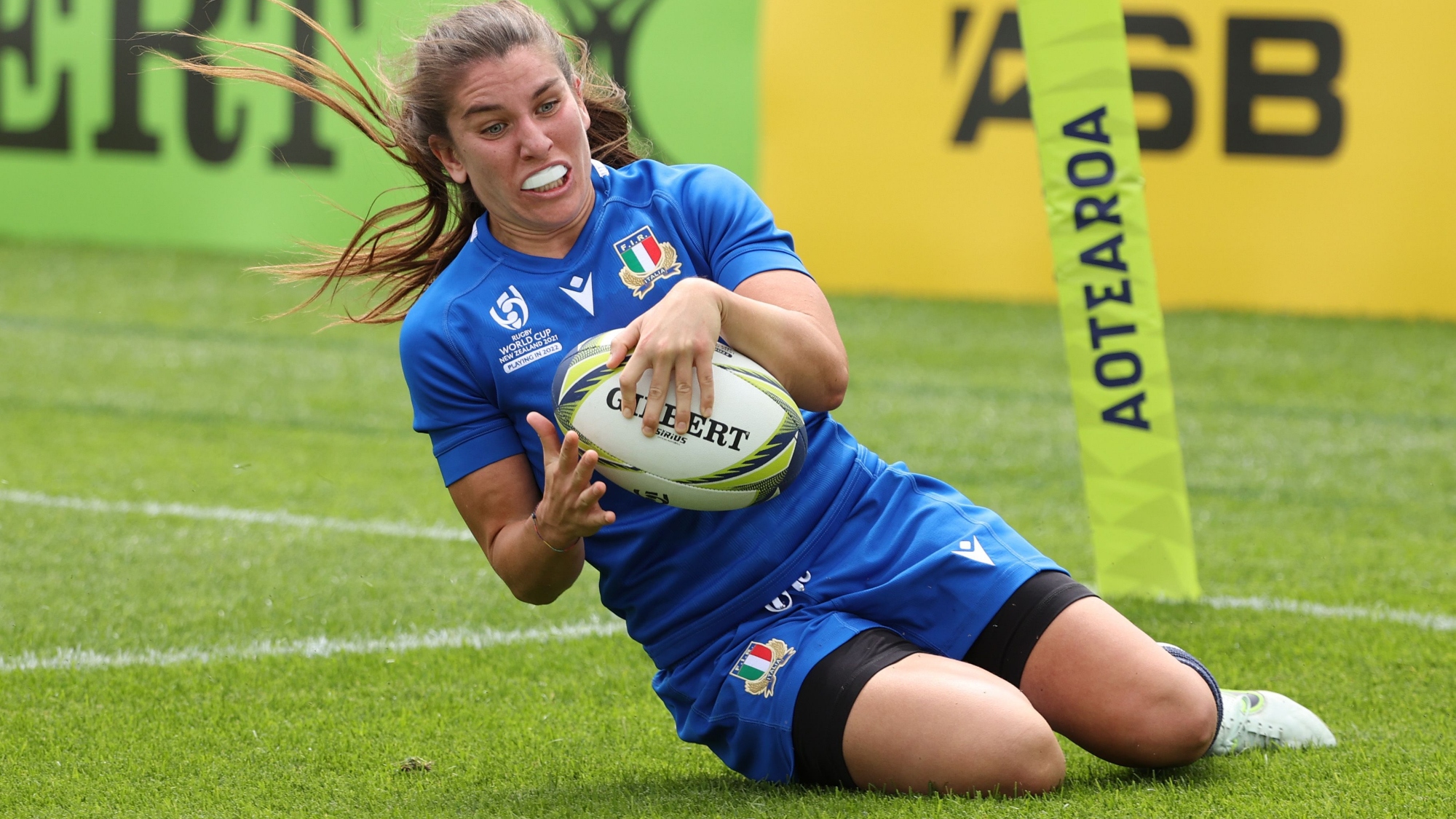 In fact, all four Italian tries came from their back three, Vittoria Ostuni-Minuzzi with the other, but just as impressive were their forwards, especially the returning Giada Franco in the back row, along with lock Sara Tounesi.

Now they have a clash with Canada this week, the teams have played out an entertaining encounter this summer in which the Canadians won 34-24. If Italy can turn the tables, they will put themselves in pole position to top Pool B.

A victorious start for @Federugby in the opening weekend of #RWC2021

France were given the honour of playing the opening game of the competition in Eden Park, and it was TikTok Women’s Six Nations Player of the Championship Laure Sansus who opened the scoring after barely two minutes. 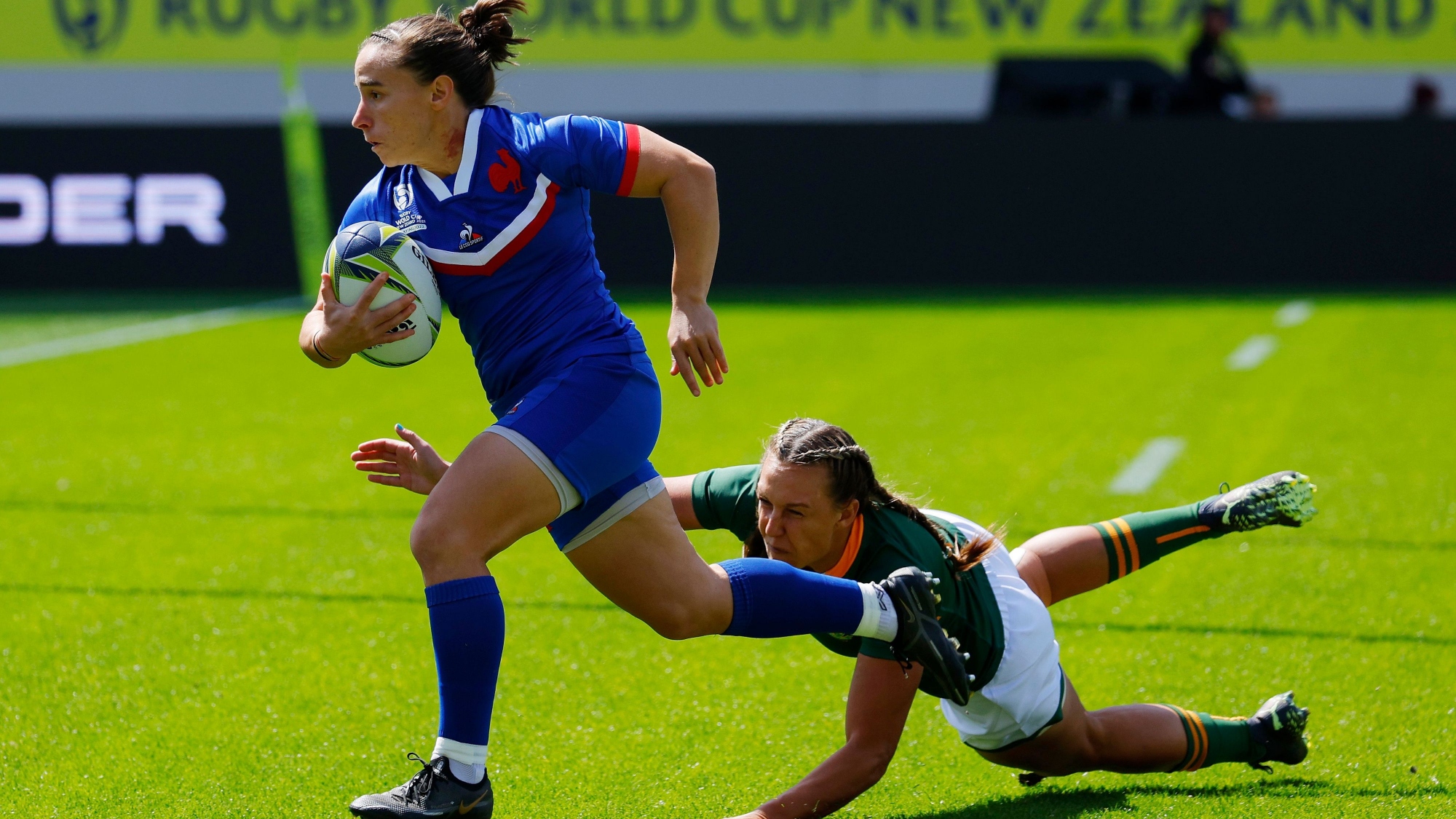 The scrum-half was at the heart of everything her team did well, and also grabbed the bonus-point score midway through the second half in a 40-5 success against South Africa.

France were very strong early, running in three tries in the first 17 minutes, but then failed to score a point for 50 minutes.

That quiet patch will be a concern ahead of a clash with England, but six tries and maximum points was still very much a case of job done for Les Bleues as they got off the mark.

Relive an incredible start to #RWC2021!#RSAvFRA