The second weekend of the 2021 Rugby World Cup did not disappoint as two of the competition’s most fancied sides played out a thriller in Whangarei.

England stretched their winning run to 27 matches with a nerve-jangling 13-7 win over France which clinched their place in the quarter-finals ahead of the final pool stage fixtures.

They were the only TikTok Women’s Six Nations side to taste success over the weekend.

For the second successive match Scotland were sunk late on, this time by Australia, leaving them bottom of Pool A.

Group rivals Wales fought valiantly against red-hot New Zealand but ultimately came out second best to the tournament hosts, who along with the Red Roses and Canada have secured a spot in the knockout stage.

Italy were also in action and despite a fast start were overrun by a determined Canada side and will hope to bounce back and wrap up qualification with a win against Japan.

England resisted a late France fightback to take control of Pool C with Emily Scarratt once again the star of the show.

The 32-year-old centre scored all of England’s points with a try, conversion and two penalties as Simon Middleton’s made it 11 victories in a row against their fierce rivals.

France were hamstrung early in the contest with No.8 Romane Ménager and superstar scrum-half Laure Sansus both withdrawn inside the opening 17 minutes through injury.

But Les Bleues held firm for most of the first period, with England only having 10 points to show for their 69% territory and 79% possession.

The breakthrough was hard to come by up front, with Abbie Ward held over up over the try line and so it was the backs who stepped up to provide the breakthrough.

Then when Sarah Bern and Amy Cokayne were denied from close range after the interval, it was Scarratt who calmly slotted another three points to extend England’s lead to 13 points. 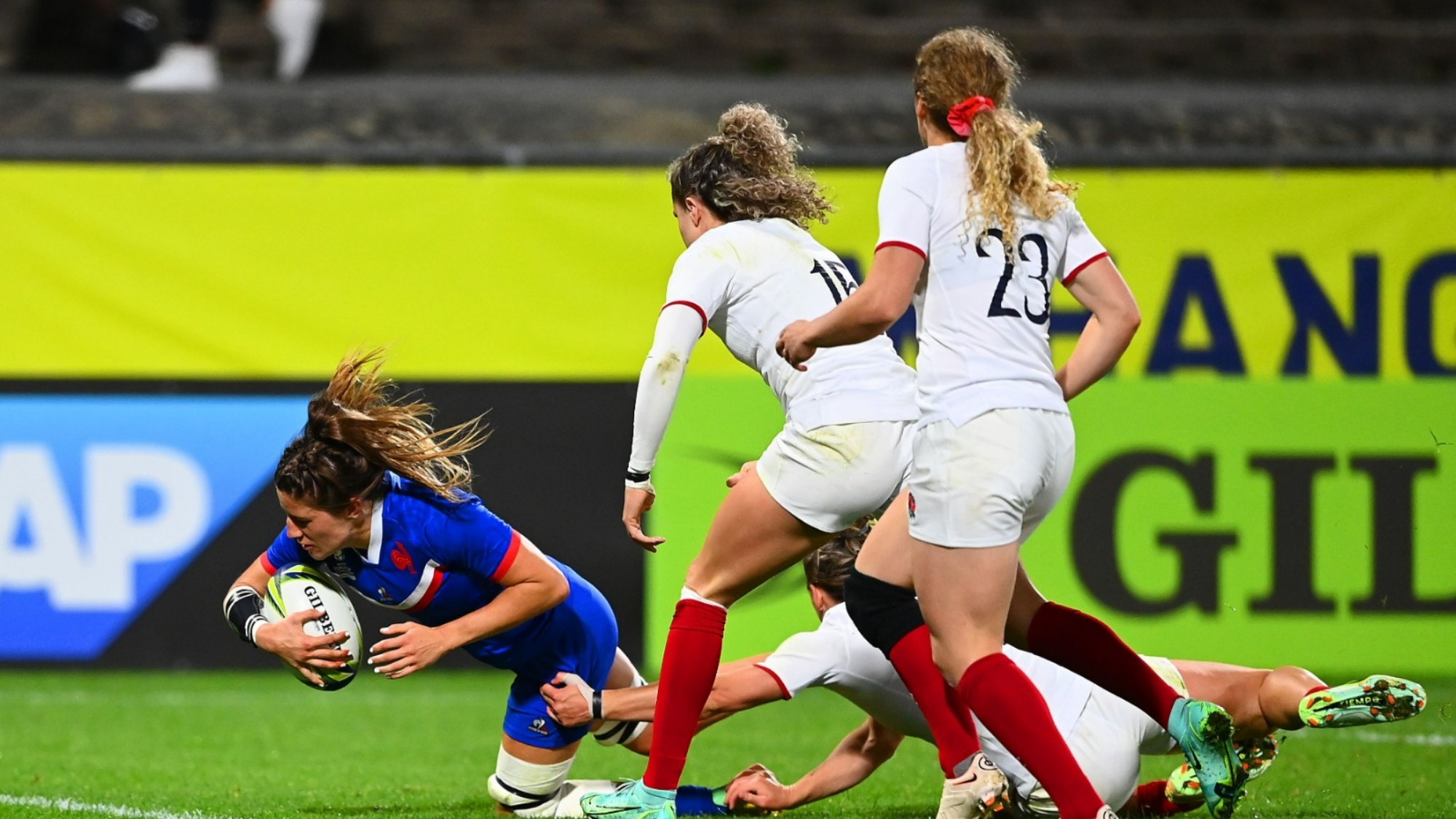 And despite a stunning reply from flanker Gaëlle Hermet, England held out for a hugely significant victory.

Despite the loss, France remain second in Pool C and are well-placed to reach the quarter-finals as well ahead of a final clash with Fiji.

Relentless New Zealand ran in ten tries in a 56-12 win over Wales in front of a sell-out crowd in Waitakere.

Wales had earlier started strongest and put real pressure on the Black Ferns at the scrum but were unable to convert their dominance into points. 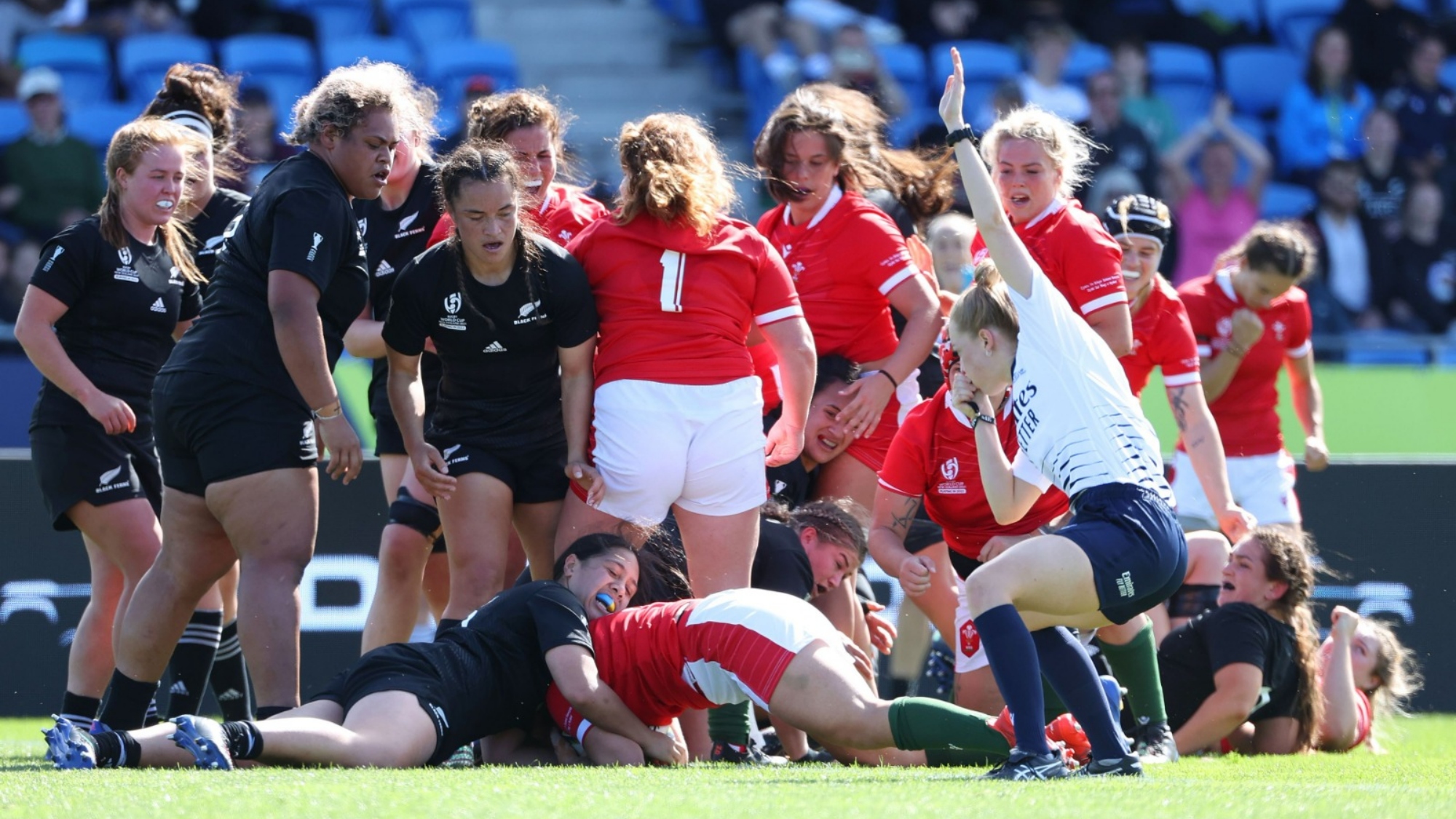 The defence held firm for the opening quarter too, but the floodgates opened when Chelsea Bremner went over in the 20th minute, with a further three tries following in the space of eight chaotic minutes.

Ffion Lewis’ score cut the deficit to 22-7 going into the break but hopes of an unlikely comeback were dashed within five minutes of the second half with New Zealand adding another two tries to their tally.

Sioned Harries did give the 100-plus travelling supporters something to cheer about with a score one minute from time, but they will know that Saturday’s clash with Australia is of far greater significance and will determine who finishes as group runners-up.

Staying in Pool A, it looked as though Scotland were heading for a first success of the 2021 Rugby World Cup before they came unstuck in the second half against Australia.

Their two scores, a Lana Skeldon touchdown and a penalty try, both came from lineout drives and helped them a 12-0 half-time lead. 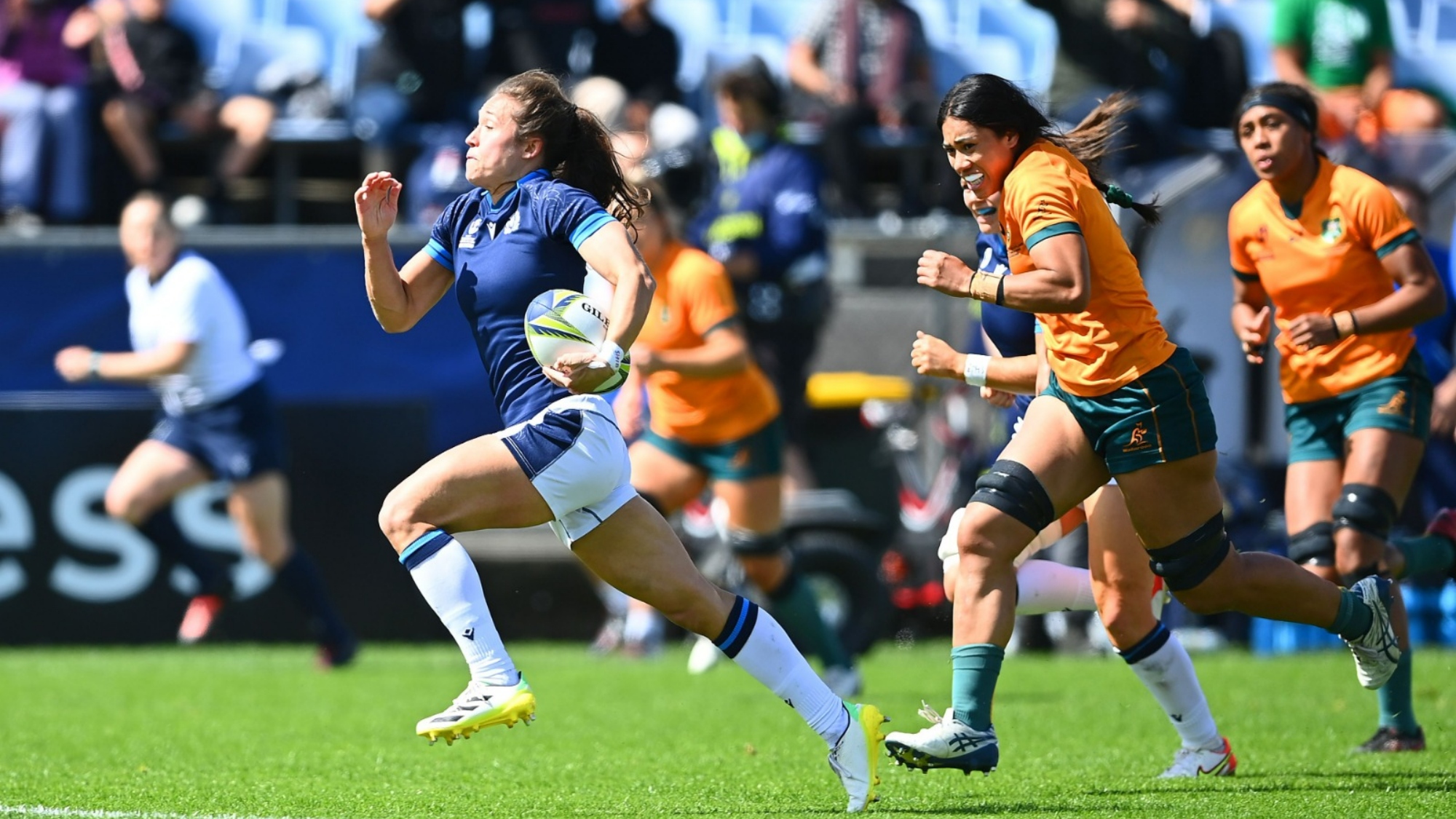 Australia hit back after the break, making use of a strong wind to level through Bienne Terita and Ashley Marsters before Lori Cramer kicked her second conversion of the afternoon to nudge the Wallaroos ahead at 14-12.

Marsters’ score in the 76th minute appeared to have decided the contest, but Australia were reduced to 13 for the final play of the game as she and fellow hooker Adiana Talakai were both sent off for a shoulder-to-head tackle, leaving Scotland with a late shot at victory.

Australia held out though and Scotland must now pick up at least two points against New Zealand to stand any chance of progressing to the knockout stages.

Italy come up short against Canada

Italy saved their best rugby for the first and last minute of their 22-12 Pool B defeat against Canada in Auckland.

Full-back Vittoria Ostuni Minuzzi scored after just 30 seconds to give Italy the lead against third-seeds Canada. 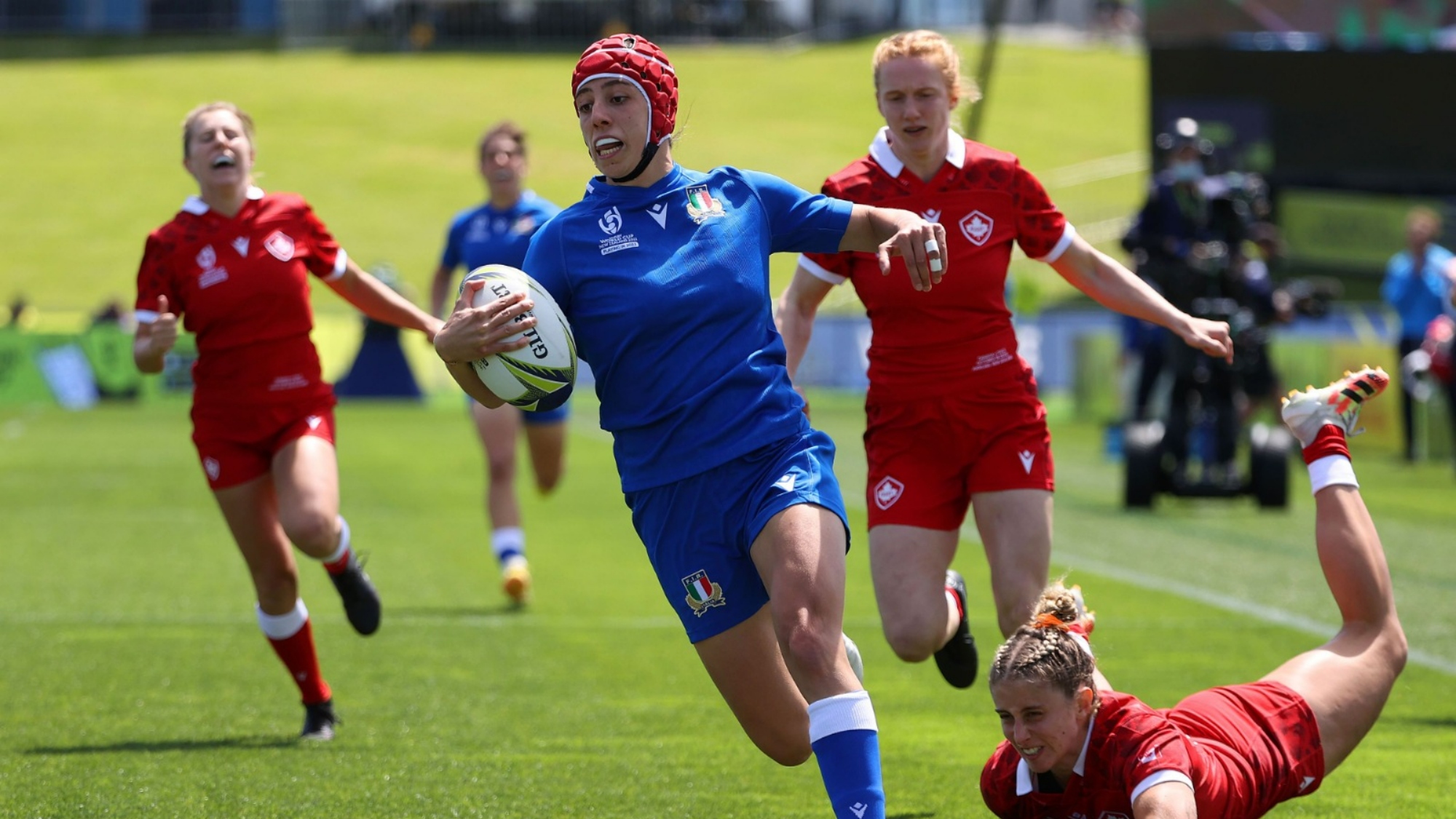 But the Maple Leafs responded with 22 unanswered points to take full control and it was not until Michela Sillari crossed with the game’s final act that Italy added to their score.

The margin of victory, 10 points, was the same when the pair met in the summer, with Canada running out 34-24 winners on that occasion.

Italy are still in good shape to qualify for the quarter-finals, however, and will secure second place in the group if they match or better the USA’s result against Canada when they face Japan.