England powered through to their sixth World Cup final in a row where they will face reigning champions and hosts New Zealand.

An all-TikTok Women’s Six Nations showdown was on the cards, but French hearts were broken in a nail-biting 25-24 defeat to the Black Ferns.

Abby Dow produced a moment of brilliance to score her second try of the game and give England the crucial breathing space they needed to get over the line.

After Marlie Packer crossed early on from a trademark lineout drive, Dow made it 12-0 in the 15th minute when Helena Rowland set her up to dive over in the corner.

But Canada roared back and through tries from Karen Paquin and Alysha Corrigan before the interval to level the scores.

Emily Scarratt edged England ahead on the stroke of half time from the tee, but the lead was a fragile one until Dow sprinted the length of the field and held off the Canadian defence to score in the corner.

With Emily Scarratt’s boot extending their lead to 23-12, Canada set up an anxious final 12 minutes through Tyson Beukeboom’s converted try.

Another Scarratt penalty eased the nerves and Simon Middleton’s players held on to bring the Red Roses within touching distance of reclaiming their crown from 2014.

30 wins in a row. Let that sink in.#TeamDream | #RedRoses pic.twitter.com/rEHJO2uGGU

Middleton was delighted with the way his team showed tremendous determination against a Canada side who put in a performance transcending their amateur status.

“That’s what we came here to do. We have got work to do, we need to recover well and there’s a fair bit to get through,” said Middleton

“Canada were absolutely brilliant, they just don’t make any mistakes with the ball. We were soft in defence, we invited them in. They have so much spirit and character.

“But I am thrilled. We were under massive pressure and we are in the final, that’s all that matters. 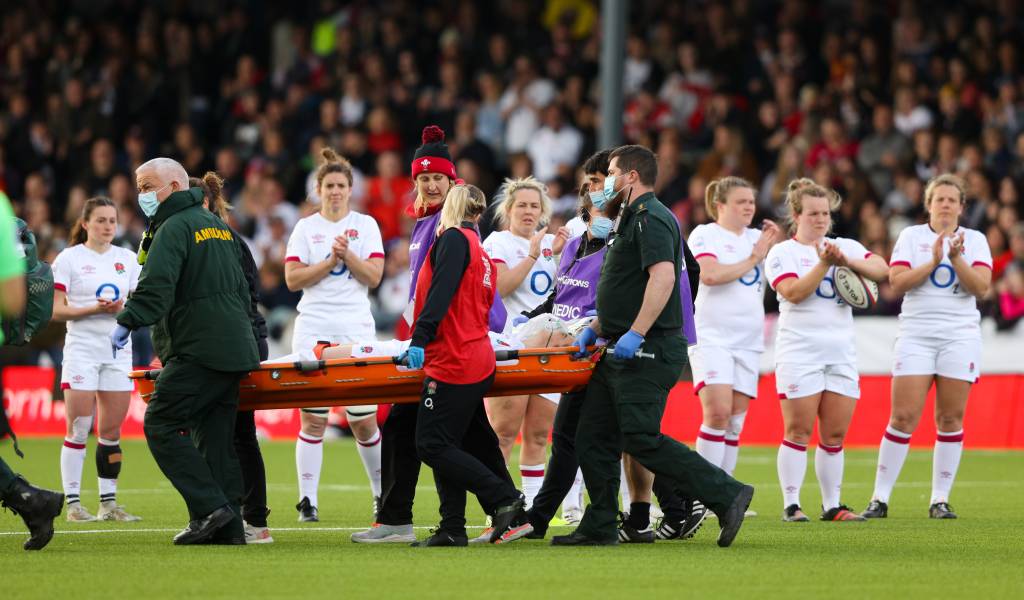 And the Red Roses head coach had a word for his winger Dow, who made a miraculous recovery from a broken leg suffered just seven months ago.

“That’s why we brought Abby Dow here,” said Middleton. “We were always going to give her a chance, you won’t see a better try than that. Individual brilliance.”

Les Bleues have never made a World Cup final, despite finishing third on six occasions and the wait will go on after the most dramatic match against hosts New Zealand.

Fly-half Caroline Drouin missed a late penalty at Eden Park in the six-try classic which swung to-and-fro in front of a pulsating partisan crowd.

By half time the scoreline read 17-10 in favour of the French thanks to tries from Romane Menager and Gabrielle Vernier.

But the hosts fought back when Ruby Tui and Theresa Fitzpatrick crossed in the third quarter, and a penalty from Ruahei Demant made it 25-17.

Loose forward Menager struck two minutes later, and Drouin added the extras to take them to within one point but Les Bleues couldn’t complete a famous triumph.

Inside centre Vernier said the French could hold their heads high after the defeat, brushing aside criticism of any individual.